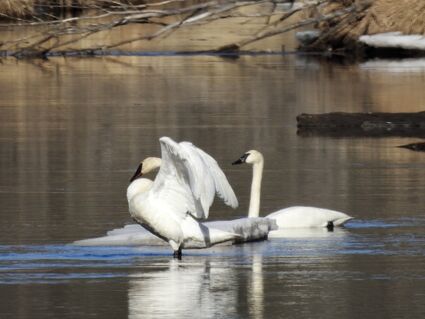 Amatuer photographer John Dahlman shared a few signs of spring with the Pine Knot News this week. The photos of the swans, and the male and female mallard ducks, were taken while driving his local country roads. The pussy willows grow on Dahlman's property in the Floodwood area. Dahlman said he uses a point-and-shoot camera (Nikon P900) to take his photos, and he loves the 83x zoom because he often has to shoot from the hip when trying to capture whitetail deer and other fast-moving wildlife. It's also handy for his "recliner" shots, which are mostly close-up photos of birds dining at the feeders outside the patio door. 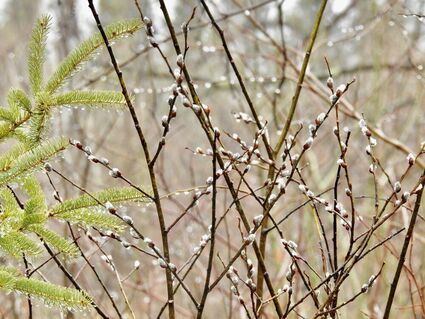 John and his wife, Mary, retired to the Floodwood farm Mary grew up on, after raising their kids in Colorado. They enjoy finding wildlife at home and on drives together. Their property is about a half-mile from the St. Louis River and Dahlman credits the river for the variety of wildlife they see at home, including a moose several years ago. "I'm expecting the bears at any minute," Dahlman told the Pine Knot on Wednesday, adding that he takes photos for fun and relaxation more than anything, and he enjoys sharing them with others.