Cardinals fly past Wrens in OT 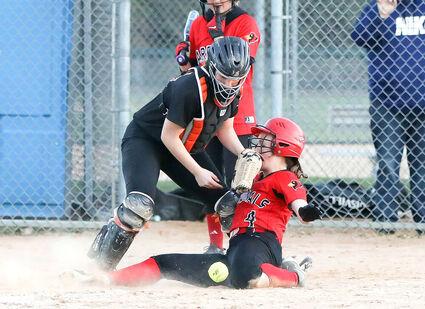 If fans wanted to watch an exciting softball game on Tuesday night, all they needed to do was pull up a chair at wind-blown Braun Park in Cloquet. That's where Cromwell-Wright and Wrenshall hooked up in a fabulous pitchers duel that lasted 10-innings before the Cardinals slipped out of town with a hard-fought 6-4 victory.

"It was just a great game and a great night of softball," said Cards coach Kari Olesiak. "Both pitchers were fantastic and the game was what you hoped for."

Wrenshall's Brooke Kent and Cromwell-Wright's Elisabeth Kachinske were impressive on the night with Kent striking out 18 Cards and Kachinske fanning 11 Wrens.

"It was a fun game to be a part of," said Wrens coach Anna George. "Both teams were having fun, there was a lot of excitement and we as coaches enjoyed it as well."

Realizing that Kent was going to give her offense trouble, Cards coach Olesiak decided that small ball was the way to go. That resulted in a three-run outburst in the second inning that gave her team the lead. The Wrens kept chipping away at the lead with single runs in the third, fifth and sixth inning, but they still trailed entering the bottom of the seventh inning. With two outs and no one on base, Kent hit a blast that streaked down the left field line and left the ballpark for a game-tying home run which sent the game into extra innings.

"I am so proud of Brooke," George said. "She is an amazing leader. Nights like tonight are the reasons I started this team four years ago. The kids got to enjoy playing the game and they saw coaches getting along with each other and enjoying the game of softball."

Neither team scored in the eighth and ninth innings, but the Cards were able to get a couple of walks in the top of the 10th that resulted in a pair of runs. 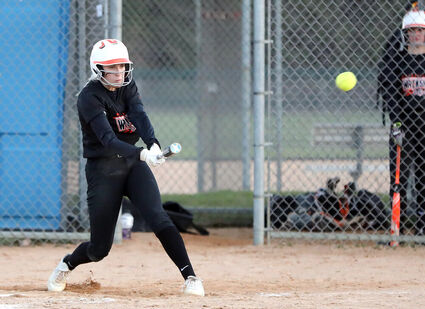 "Both Jill Anderson and Larissa Homstad walked and stole their way around the bases," said Olesiak. "They came home on balls that got by the catcher and that was enough with El (Kachinske) and the way she was throwing tonight."

The Cards only had three hits on the night, but they were able to manufacture six runs off Kent. Kachinske gave up seven hits, but she was able to slam the door when it counted the most.

"I can't say enough about El," said Olesiak. "She's pitched every inning of every game for us and she is a workhorse. She is just an excellent pitcher."

The Wrens also had some stars of their own in the loss. Janae Sjodin had a single and stole five bases while scoring a run and Hailey Tauzell punched out a double and had an RBI.

"In general I am really happy because we've faced some tough pitching," said Olesiak. "We are coming together as a team, communicating, being aggressive on the base paths and just hanging in there and playing tough."