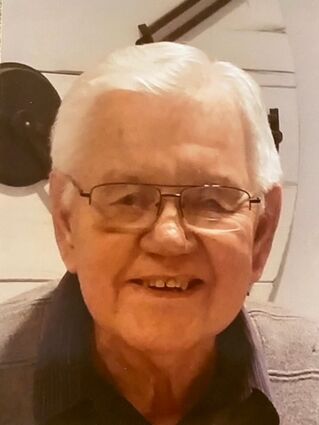 Donald Edward Sunnarborg, 92, of Laurel, Montana and formerly of Cloquet, went home to be with the Lord on July, 15, 2021, with his loving wife Ida Rose and other family members by his side. Donald was born July 3, 1929, in Cloquet to Edward and Helen Sunnarborg. He graduated from Esko High School in 1948. Donald served in the U.S. Army and was a Korean War veteran.

On July 11, 1956, Donald married Ida Rose Kamunen, and they went on to raise five children. Donald was employed by Conoco, first at the refinery in Wrenshall, then transferring to the Billings, Montana refinery in 1981, where he worked until retiring in 1992.

Donald was a skilled private pilot and loved sharing his joy of flying by giving friends and family airplane rides. He flew with the Minnesota wing of the Civil Air Patrol for many years. His other special interests included caring for God's creation through gardening and volunteering at ZooMontana. Donald loved the Lord Jesus Christ as his Savior and was an active member of New Hope Fellowship in Laurel, and St. Paul's Lutheran Church when he lived in Cloquet.

Donald is preceded in death by his parents; brother, James Sunnarborg; and great-grandson, Corey David Reese.

He is survived by his wife of 65 years, Ida Rose. He will be missed by his children, Juanita (Marty) Lewis of Lindstrom; Bradley (Mavis) Sunnarborg of Billings; Terrence (Gwen) Sunnarborg of Melbourne, Florida; Randolph (Ava) Sunnarborg of Rochester; and Jacqualine (Thomas) Hagemeister of Park City, Montana. He is also survived by 15 grandchildren, 29 great-grandchildren with three more on the way; siblings, Evelyn McClellan of Hendersonville, North Carolina, Luella Puumala of New Hope, Jean Anderson of New Hudson, Michigan, Harvey (Carol) Sunnarborg of Cloquet, and Raynold Sunnarborg of Esko; sister-in-law, Nancy Sunnarborg; and many nieces and nephews.