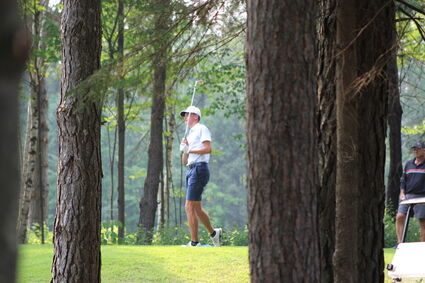 Sam Baker tees off during the Cloquet Invitational earlier this month.

Recent Cloquet High School grad Sam Baker played in the U.S. Junior Amateur Championship in Pinehurst, North Carolina last week, and missed the cut by five strokes after two days of stroke play. Baker was nine over par for his two-day total: he was six over par on Day 1 and three over par for Day 2.

More than 260 players qualified for the event, including a number of international players. After the first two days of competition, players with a score of four over par or better advanced to the next round of play, when the top 64 players were set to face off in match play.