Esko woman recalls the fight of her lifetime 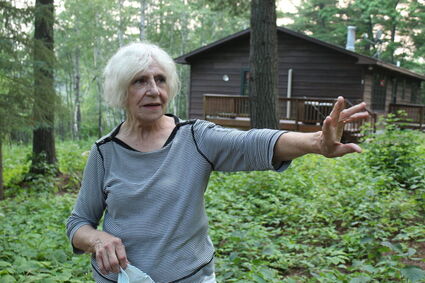 Tens of millions of gallons of sewage spilled into the Maki Swamp near Elaine Osborne's home on Maki Road again and again in the 1980s. At the same time, she began getting sick.

Elaine Osborne remembers walking along Highway 61 near her home between Scanlon and Esko on a balmy January day in 1984, when she realized the nearby Maki Swamp appeared to be steaming. "It was brown, frothy and smelled of sewage, and it was situated directly above the troubled sewage line," Osborne wrote in her new book, "If I Felt Alone."

It wasn't the first time the line carrying sewage from Cloquet, Scanlon, Carlton and Wrenshall to Duluth had broken - releasing wastewater that included industrial waste from the paper mill in Cloquet along with fecal matter - and it wouldn't be the las...