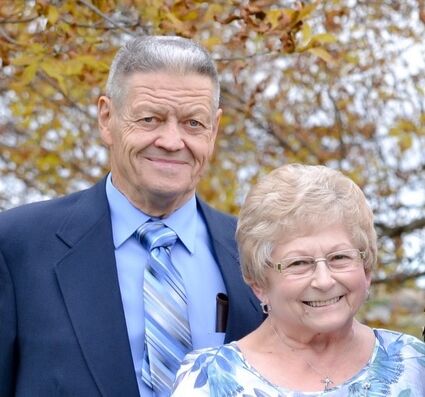 Steven and Barbara Kimber of Carlton died in a tragic automobile accident in Scanlon on Aug. 10, 2021. Steve was born July 2, 1941 in Duluth, the son of Marion and Bernadine (Truhn) Kimber and graduated from Proctor High School. He was a computer programmer and worked hard to support his family through his employment at Carlton County, St. Mary’s Hospital, Amsoil, and the Duluth, Winnipeg and Pacific Railway, from which he retired. Steve also had many hobbies and passions including fishing, hunting, woodworking, and playing cards. He enjoyed spending time with Barb, his wife of 60 years, and their daughters and grandchildren. Steve had a great sense of humor and was always very kind to others, going out of his way to lend a helping hand. Steve was preceded in death by his parents; stepfather, John “Jack” Graber; and two brothers, Gene and Lloyd Kimber.

Barbara was born Feb. 28, 1943 in Duluth, the daughter of William and Edith (MacDonald) Newman, and graduated from Hermantown High School. She and Steve were married on June 17, 1961, and they were inseparable; you never saw one without the other. Barb was kind and loving. She relied on God for strength, as her faith was very important to her. She also spent more than 20 years volunteering at St. Mary’s hospital. She enjoyed flower gardening, handcrafting, spending time with her family and shopping with her daughters. Barb was selfless and compassionate in showing love to others. She devoted her life to caring for family, friends, and anyone she met. She always had a smile on her face. According to her children and grandchildren, she was the glue that held the family together. Barb was preceded in death by her parents; one sister, Gloria Spindler; and one sister-in-law, Dallas Newman.

Together, Steve and Barb put love into countless handmade gifts for their loved ones, but their greatest joy was being with their children, grandchildren, and great-grandchildren during their weekend coffeetime.

Visitation will be Tuesday, August 17, 2021, from 10 a.m. until the 11 a.m. memorial service at Nelson Funeral Care in Cloquet. See the family online guest book at http://www.nelsonfuneralcare.net.