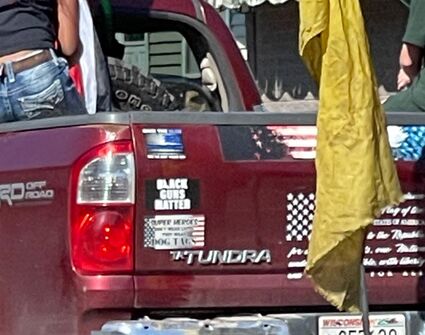 I was very disappointed in some signs in the Cloquet Labor Day parade.

"Trump won" isn't a political statement. Police officers died on Jan. 6 over an issue that isn't valid at all.

There was a person walking in the parade wearing a shirt that said "Kamala isn't black." Huh?

Where is there conversation in this?