There goes the judge 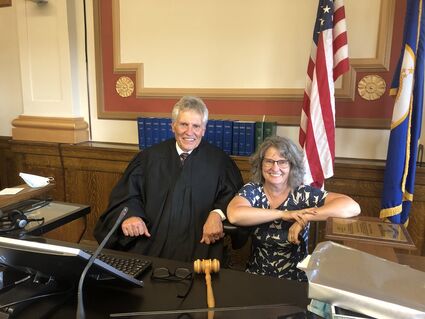 Judge Robert Macaulay's wife Karen takes a picture in August on the last day of of his judgeship at district court in Carlton. Macaulay retired after a some 40-plus years in law.

When asked what cases stand out most over his career, recently retired Judge Robert Macaulay doesn't have to think for long.

None of them, he says.

"No case was more important than the next to me," Macaulay said. "Each case was the most important to the people that were part of it. And it was so important to me to think about them that way."

Macaulay retired last week, taking one final bike ride from his home in Cloquet to the courthouse in Carlton with a police escort and numerous coworkers. Born in Indiana but raised in Moose Lake, Macaulay was a local boy made good when he was appointed...