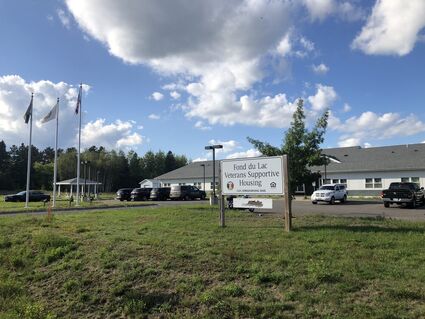 Police cars remained outside the Fond du Lac Veterans Supportive Housing building Tuesday afternoon after a suspicious death in one of the apartments was investigated.

The Cloquet and Fond du Lac police departments are investigating what they term a "suspicious death" earlier this week. Meanwhile, a 58-year-old man was arrested Tuesday and in custody in Carlton County jail on possible charges of manslaughter in the first degree, while committing a gross misdemeanor with violence.

Officers from both departments responded to a 9-1-1 call at approximately 2:09 a.m. Tuesday, Sept. 14, reporting an unwanted person in an apartment inside the Fond du Lac Veterans Supportive Housing building at 1569 Zhimaaganishag Road in Cloquet, according to an advisory sent by...