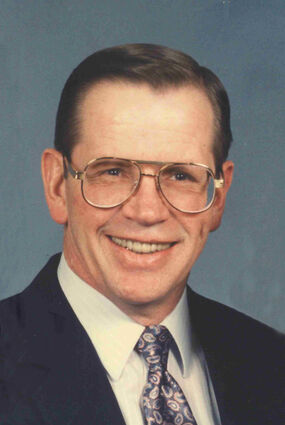 He returned from the Korean War and was stationed in Finland, Minnesota.

Richard met his future wife, Ruth Otterson, in Duluth on a double date, and they were married on Oct. 12, 1957, in Cloquet.

He was employed at Potlatch for many years until retiring in 1998. Richard worked hard to support their large family, while enjoying camping and fishing with his family when time permitted. He was a very good bookkeeper of his family's finances; everything had its place. Richard will be remembered for his love of catfishing, his kindness, patience, wisdom, and his moral compass. He never had a bad word to say and was one of the nicest men.

Richard was preceded in death by his parents; the love of his life, his wife, Ruth; siblings Naida Hamann, Bill Jr., and Gene and Alan Storck; and his son in-law, Dan Sloan.

Visitation: 5-7 p.m. Sunday Oct. 3 at Nelson Funeral Care in Cloquet. Visitation resumes 9 a.m. until the 10 a.m. Mass of Christian Burial Monday, Oct. 4 at Queen of Peace Catholic Church. Military honors will be accorded by the U.S. Air Force and the Cloquet Combined Honor Guard. A luncheon will follow in the church parish hall. Interment will be held at Maple Grove Cemetery. To sign the online guestbook, visit http://www.nelsonfuneralcare.net.