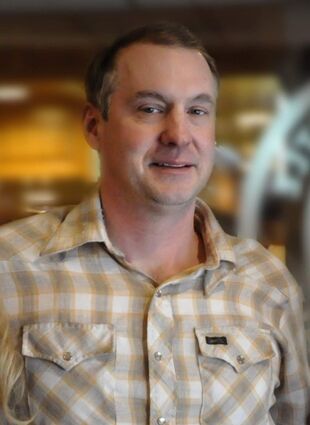 A Carlton man died from injuries sustained in a construction accident in Lindstrom, Minnesota last week.

Developer Dave Chmielewski, 48, was standing near an excavation trench at an apartment building construction site on Sept. 28 when the trench partially collapsed.

According to Lakes Area police chief Bill Schlumbohm, Chmielewski asked another person at the trench to go grab something. When the person returned, approximately two minutes later, he found Chmielewski partially buried inside the trench.

Schlumbohm said first responders were on the scene within another 2-3 minutes. According to police, an excavator was used to help dig Chmielewski out of the trench.

Schlumbohm estimated Chmielewski was in the trench under five minutes, but said he was buried in heavy wet clay soil. According to an Occupational Safety and Health Administration publication on trenching and excavation safety, one cubic yard of soil can weigh as much as a car.

The Lakes Area police said Chmielewski suffered severe injuries. He was transported by ambulance to a nearby landing site to be airlifted, but resuscitation efforts were unsuccessful and he was declared dead before air transport.

He is survived by his wife, Jennifer, and their two children, Samuel and Sophia.

A prominent developer from Carlton County, Chmielewski was partnering with Dynamic Homes on the 84-unit Lindstrom apartment building project, and had told the Pine Knot in August that he was approved to build another 88 units in the south metro area.

He was also a powerhouse in the local housing market.

Chmielewski was owner of Blackhoof Development and Land Logic companies, which built the 14th Street apartments - 76 units in three buildings across from Fond du Lac Tribal and Community College - along with the Country Club Patio Homes project, 12 single-family homes. He also purchased and renovated the Whispering Pines apartments on Tall Pine Lane in Cloquet.

Former Cloquet city administrator Brian Fritsinger was shocked to hear of the accident, calling Chmielewski's death "a big loss" and noting that he was active, passionate and involved.

"I worked with Dave for over 20 years on multiple projects, even prior to him beginning his development activity with Blackhoof," Fritsinger said. "He was a professional and willing to take risks on projects that responded to identified needs in our community. Many people found homes in our city as a result of his work. He will be missed."

Cloquet Community Development director Holly Hansen said Chmielewski had "a profound impact" on the number of quality rental units that were added in Cloquet over the past 10 years. Chmielewski added or upgraded more than 100 units of housing, Hansen calculated, noting that he also would bid on small demolition projects in the city limits to clear blighted property.

Chmielewski also wasn't afraid to express opinions in opposition to local elected officials, writing a handful of newspaper columns and letters over the years about the Carlton school district, in particular about consolidation with Wrenshall, which he favored.

He also openly opposed Cloquet's adoption of a project labor agreement (PLA) and actually delayed Phase 3 - the final 36-unit building - of the 14th Street Apartments project after the PLA passed. He finished the project later, after the council revised the PLA. 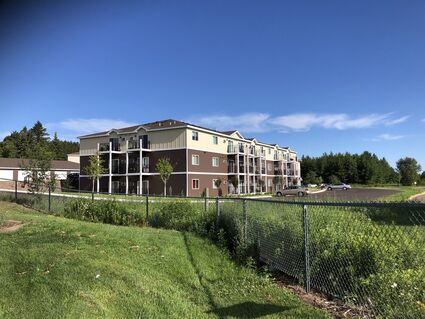 He was also active in the local housing market with the Blackhoof Development and Land Logic companies, which built the 14th Street apartments, along with the Country Club Patio Homes project.

The developer told the Pine Knot News more than once he didn't agree with the PLA requirement to hire local union employees when his own crew was experienced with the modular construction style he favored. He said he used a combination of union and non-union employees and was opposed to the idea of the city dictating his business practices just because he used some gap financing from the city to help make the apartments more affordable.

Hansen said that outspokenness was a good thing, even when it was directed at the city.

"Dave wasn't afraid to speak up or challenge standard thinking, or challenge you as a city worker," she said. "That can be awkward or challenging. But it's OK. We need people like Dave to challenge us, to ask why we do what we do or if there are areas where we can think outside the box."

Last week's accident in Lindstrom is still under investigation by the Lakes Area Police Department, Minnesota OSHA and the Medical Examiner's Office. OSHA spokesperson James Honerman said it could be weeks or even months before any OSHA report becomes public.

Nationally, OSHA has made reducing trenching and excavation hazards a priority goal. According to osha.gov, "trench collapses, or cave-ins, pose the greatest risk to workers' lives."