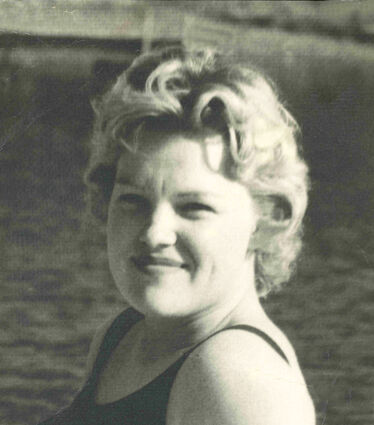 Janet (Brander) Buczynski, 83, of Cloquet was welcomed into the arms of the Lord with her family by her side in her home Oct. 3, 2021. Janet was born to Charles and Bertha (Strand) Brander on April 21, 1938, in Cloquet.

Janet joined Richard in the family- owned business, Louis Upholstery and Interiors. She also worked for the Entrepreneur Fund and BendTec, ultimately retiring from St. Louis County, where she worked as a contract writer.

One of her greatest qualities was her selfless devotion to her family. Janet loved traveling, Canadian fishing trips with her husband, living at their lake home, gardening and reading. She was an accomplished water skier and dancer.

Janet remained close to many high school friends, as well as many of her sorority sisters. She attended sorority events throughout her life. She was also active in the American Association of University Women.

She will be deeply missed by her family, friends, and all who knew her. Janet's family would like to thank everyone for their prayers and support that have been so graciously given.

Visitation: 1 p.m. until the 3 p.m. memorial service Sunday, Oct. 10 at Nelson Funeral Care in Cloquet. A luncheon will follow. See the family online guestbook at http://www.nelsonfuneralcare.net.