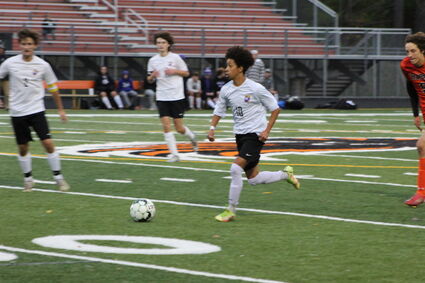 Both the boys and girls Lumberjacks soccer teams will take to the pitch tonight to play for a section 7AA crown and the right to advance to the state tournament.

With a 14-2 record, the Cloquet girls soccer team are the top seed in Section 7AA and start off play against No. 3 seeded North Branch at 6 p.m. Tuesday, Oct. 19 at Public Schools Stadium. The Cloquet girls team had a bye in the first round and defeated Denfeld 2-0 in the semifinals Thursday, Oct. 14 in Cloquet to advance to the championship game.

Last Thursday, the third seed Cloquet-Esko-Carlton Lumberjacks went head-to-head in the section semi-final against second seed Grand Rapids, a team CEC lost to last month. With the season on the line and revenge in mind, the ‘Jacks completed a 2-0 upset over the Thunderhawks.

Tonight they face Denfeld in the Section 7AA championship, when they hope to complete their redemption tour by defeating the team that knocked the undefeated Lumberjacks team out of the playoffs in the semifinals last year.

“To actually come back and win it for the last few seniors it just makes me so happy.

In Grand Rapids Thursday, CEC dominated the first half of the game, having the majority of possession and chances. Sophomore Elijah Autlman was the first to capitalize for CEC, with a goal in the 18th minute. The speed of play from the Lumberjacks was as good as we’ve seen all season. 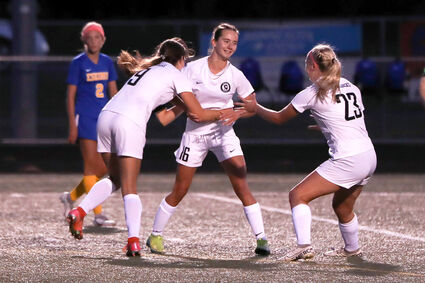 The second half was a much closer contest. Grand Rapids found themselves with a few good chances, but CEC’s goalie Lucas Rauner came in clutch. With the half nearing an end, Senior Xavier Anderson found the scoresheet in the 72nd minute and put his team up 2-0 — smothering the hopes of the Thunderhawks.

Xavier Anderson described the feeling of scoring a goal to seal a section final spot for his team:

“Beautiful, there’s no words for it… I don’t even really know what to say right now, I have so much energy.”

Essler was happy with the team’s victory, and was extremely confident going into the final against Denfeld Tuesday.

“It’s just gonna be the best feeling ever when we just destroy them,” he said.