Globetrotter finds herself down under 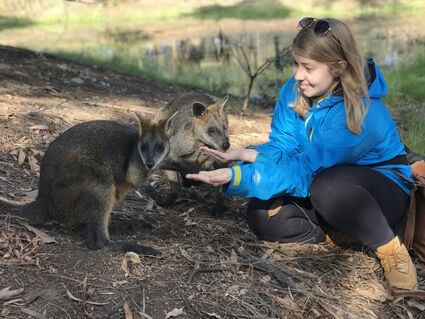 Cloquet graduate Kirsti Hakala has had quite the pandemic adventure in Australia, part of her world travels in the past 15 years.

Kirsti Hakala Assendelft has moved quite a bit since graduating from Cloquet High School in 2005. She was born in Anchorage, Alaska, and now finds herself putting down roots in Australia.

Cloquet has been her longest stop along the way. Hakala and her family moved from Alaska to Cloquet when she was 8 years old. It was a way for the family to be closer to extended family on the Iron Range and for her older brother to pursue hockey.

Following in the footsteps of her brother, Hakala developed a passion for hockey.

"Minnesota was a great place for me to play with and be coached by the best," she said.

After graduating, Hakala signed on to play hockey for the University of Minnesota Duluth, winning a Division I national championship during her senior year. She earned a bachelor's degree in geological sciences.

After UMD, Hakala knew she wanted to travel. At the time, there was no professional women’s ice hockey in the United States, so she used her academics to explore the country. She started working in Texas as an ecology research assistant, then moved to Colorado to work as a geologist, and later moved to Utah to take a position as a water rights consultant. During her time in Utah, Hakala became passionate about climate change and how it affects water resources.

“One day, I was driving down the road listening to the radio and heard a professor at Utah State University talk about how climate change could affect Utah’s groundwater resources. I immediately went home and emailed the professor and asked him if I could work with him,” she said.

Hakala ended up writing a grant proposal with the professor, which later funded her research on the effect of climate change on Utah's groundwater resources. She got a master’s degree in climate science at USU and then moved back to Colorado to work for the U.S. Geological Survey as a hydrologist, studying how water moves across and through the earth’s crust.

After five years out West, Hakala wanted to further utilize her degrees to travel abroad. In 2015, she got a chance to pursue her doctorate at the University of Zurich in Switzerland. She packed her bags once again and soon began research on stream flows.

While in Switzerland, she played semi-professional ice hockey for a year and won the Swiss national championship. Later, she became an assistant coach for its younger farm team, all while she was earning her Ph.D.

“It’s amazing that my scientific passions have also allowed me to pursue some of my ice hockey dreams,” Hakala said.

Hakala met her husband, Rick Assendelft, who is from the Netherlands, while they were both studying in Zurich. They were married in Amsterdam in 2019.

In late 2019 Hakala turned in her Ph.D. thesis. It was time again to choose where she was going to live and work.

“One of the benefits of doing scientific research is that it is relevant everywhere, so if you have this degree it gives you access to jobs all over the world,” Hakala said.

She was offered jobs in Anchorage and in Australia.

In January 2020 Hakala moved to start as a research fellow in water resources at the University of Melbourne. Her husband stayed in Switzerland to finish his Ph.D., with plans to join her after he was finished.

Then the Covid-19 pandemic hit and international and domestic borders were closed. Hakala had hoped that the border would open again in a few months. Covid-19 continued to spread across the globe. She had planned to defend her thesis in six months.

She ended up defending her thesis online.

“After the Ph.D. defense was over, I was still living alone in Australia, trying to get my husband into the country,” Hakala said. “The only way for a non-resident to enter Australia was with a government exemption.”

After six attempts, they were finally approved. Her husband arrived in Australia in December 2020, after nearly a year apart, and it was a tearful reunion. 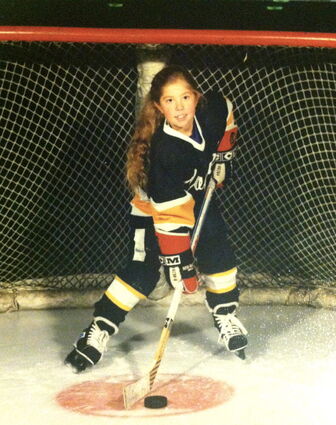 Hakala has spent the majority of her time in Australia in lockdown, making it hard to meet new people. Luckily, she met a co-worker in the brief period before the first lockdown began. Perhaps even luckier, the colleague happened to live within 5 kilometers of her, the allowable travel space under strict pandemic rules.

“I was very lucky to magically have this new co-worker live nearby, Hakala said. “We kept each other sane during lockdown and have become really good friends.”

Even though Hakala went through a lot, she does not regret traveling abroad or moving to Australia.

“The good outweighs the bad, and I have had amazing experiences living, working and studying abroad,” she said.

Hakala and her husband are set to receive permanent residency in Australia in November. After starting out in Alaska, Hakala said she had a recent realization: “I’ve now traveled around the globe. So far that I’ve almost circled back around to Alaska.”