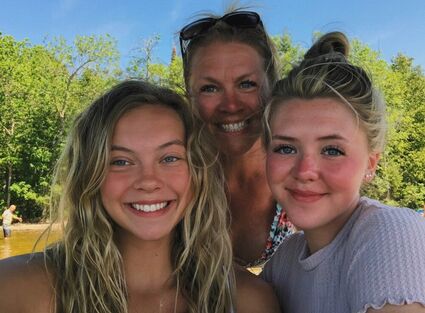 Kelsey Knutson, left, with her mom and sister Kaitlin, whotested positive for a gene mutation that signals breast cancer. Kelsey knew she was likely to test positive as well, and she did.

Breast cancer is the second- most common cancer among women in the United States, according to the Centers for Disease Control and Prevention. One in eight women will develop breast cancer, which claims the lives of an estimated 43,600 women each year.

In September 2019, then-18-year-old Kelsey Knutson of Virginia decided to get screened. That might seem young, but Knutson knew it was time, due to her family history.

"My mom had breast cancer and my grandma had both breast and ovarian cancer," said Knutson. "It turns out there is a genetic mutation that runs in my family that puts me at hig...