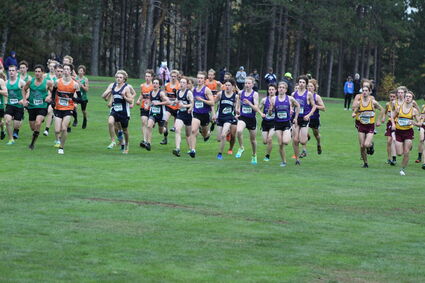 When the dust cleared in the Section 7AA boys race, Cloquet held a spot to compete at the state meet this week.

If not for the pandemic, this would be the sixth consecutive year the Cloquet boys cross country team competed in the Class AA state meet. Last year the state meet was canceled due to Covid-19 restrictions, so this trip will be the Lumberjacks' fifth.

"The key to the boys team's success is that they have gone as a team now for four years in a row and they make it their goal each season to get back to the state meet," said Cloquet head coach Chandra Allen.

It was certainly a team effort.

It was good enough to earn Cloquet a solid second-place finish as a team, with a total of 63 points compared to 47 for first-place winner Rock Ridge and 93 for third-place Proctor.

Although all the girls who finished Thursday set personal records for the season, Cloquet sophomore Elise Sertich was the only girl to qualify for state. Sertich took ninth place in the girls 7AA race, running the 5K course in 20:28.90.

The gentle rain that started in the middle of the boys race made things a little slippery Thursday, but overall conditions were good, the top three runners said, with the chilly temperatures making for comfortable running. "A lot of sharp corners so we had to take those wide," Fischer said.

The boys had four seniors on the boys section team, so they have experience at the state level, despite not getting to compete last year.

Allen said it was nice to get back to business as usual after last year's pandemic restrictions limited meets by size, at three teams each, and location - staying within the region.

"We did add a new meet this year at Grand Rapids," Allen said. "It was a fast course and a turning point for our girls and boys in racing. It was nice to explore some other courses, but nothing compares to competing at some of the larger meets like Milaca and competing with all the section teams at once." 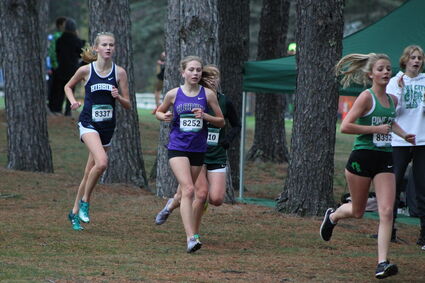 This is the first year that Minnesota has three classes for cross country. Cloquet continued in Class AA, but some of the larger schools in their section moved into Class AAA. The boys didn't think it made a big difference Thursday, except there were fewer kids to race against.

"But we usually do better in bigger races, because there will be more people between our guys and their guys, so it gives them (the other teams) more points," Mertz said.

Coach Allen said the benefit of three classes is more about broadening the field.

"Having three classes doesn't lessen the competition at State," she said. "It allows more teams and individuals that wouldn't normally get a chance to compete at the state level to get that chance."

The runners return to the grounds of St. Olaf College in Northfield to test their mettle against the best runners in the state once again.