U of M announces free tuition 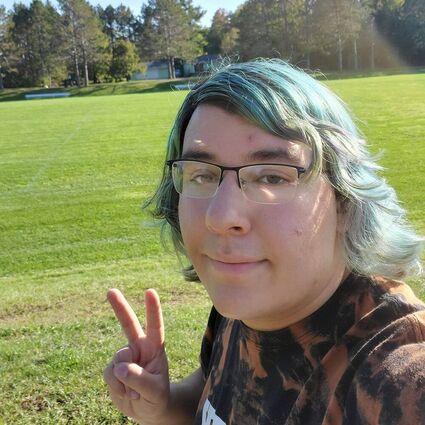 The University of Minnesota plans to extend "substantial financial support" including, in many cases, completely free tuition, to its campuses across the state to enrolled members of the state's 11 federally recognized tribal nations.

University of Minnesota president Joan Gabel announced the creation of the Native American Promise Tuition Program in a memo this month to the state's tribal leaders, calling it a "significant expansion of Native American student tuition support."

Starting in the fall of 2022, first-year students or tribal college transfer students whose families earn under $75,000 a year will be eligible for a scholarship covering full tuition. Students from families earning up to $100,000 would have 90 percent of their tuition covered and 80 percent for an annual income up to $125,000.

Students with family income above that level would not be eligible for the program.

"They would be eligible for other scholarships and aid," said Karen Diver, the university's senior adviser to the president for Native American affairs.

Students must maintain full-time enrollment and keep a 2.0 or better cumulative grade-point average. A student doesn't need to be a Minnesota resident to be eligible as long as they are a citizen of one of the state's tribal nations.

"We have been very honest from my first days as president that we need to better serve citizens of our Tribal Nations and their communities," Gabel said in a statement.

"This program is a meaningful step to increasing access and continuing to improve retention and graduation rates while closing opportunity gaps."

It's not uncommon for high school students to think college might be out of reach for them. But for Shannon Geshick, it went even further than that.

"I know, this sounds crazy. But I did not know that Native people could go to college. I didn't think that was a right, or opportunity reserved for us," she said.

Geshick is now executive director of the Minnesota Indian Affairs Council. She's a citizen of the Bois Forte Band of Chippewa, and has a master's degree from the University of Minnesota Duluth in tribal administration and governance.

Geshick and others say the new Native American Promise Tuition Program will show Native American students that college is a realistic option for them, and provide financial resources to help make it a reality.

"I think right now we're just basking in this new opportunity, and the opportunity that's going to give our Native students to access an institution that historically we've been denied access to."

There are only a handful of other states, including Michigan, that offer tuition waivers to Native American students.

In her memo to tribal leaders, Gabel called the expansion a "significant achievement" and said it will place the U of M's program "among the nation's most comprehensive free and reduced tuition programs for Native American students."

Tribal communities have been asking for tuition assistance for tribal members for several years.

The Minnesota Indian Affairs Council, which advises state government on tribe issues, asked for a tuition waiver similar to Michigan's program in a resolution it adopted last summer.

Diver, the former chairwoman of the Fond du Lac Band of Lake Superior Chippewa, said the university is exploring ways to improve its support services for Native American students.

"How do we create that home away from home, give them safe places where they can create community, help them navigate a very large bureaucratic institution, so that small things don't become a big hurdle for these learners."

See this story at: https://www.mprnews.org/story/2021/11/01/u-to-offer-free-tuition-to-many-native-american-students

For the Pine Knot News

Q What are your thoughts on the announcement from the University of Minnesota?

A I was taken by surprise. I didn't expect to see something like this happen in my lifetime. I feel that this will make college a lot less intimidating for indigenous students and encourage many to continue their education. It fills me with hope.

Q Do you think the tuition waiver program will impact you and the decisions you make for your education?

A I do. I've been considering a handful of colleges for a while, and I've never quite been able to narrow down a top choice. That was, until I heard the news. I intend on going to (the University of Minnesota Duluth) to finish my education now. It's close to home and the fact that they're doing so much for Native Americans speaks volumes.

Q How do you think the program will impact the students at FDLTCC?

A I think it will be life-changing. Having their tuition be free or greatly reduced is a great incentive to continue their education. It will also make college life a lot less stressful and hopefully correspond with increased academic performance.

Q Do you think the program will have any impact on our community?

A I expect to see a positive impact. ... I feel that community members will be better able to realize their education goals now, and I think the entire community will benefit as a result.