Carlton board rejects agreement that would have closed high school 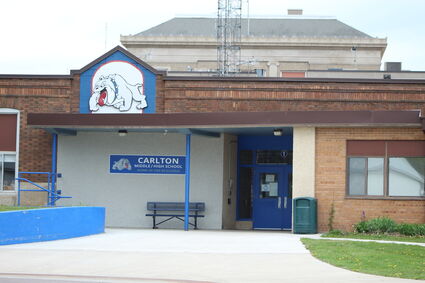 After two emotional meetings filled with public testimony in the past week, the Carlton school board failed to pass a resolution Monday night that would have led to an agreement with the Cloquet school district to take Carlton high schoolers. The tuition agreement, which would have eliminated the high school in Carlton, failed on a 3-3 vote.

The board spent the past year going over its options after another consolidation effort with neighboring Wrenshall fizzled. The board now faces the daunting task of figuring out how to keep the district finances stable after years of budget deficits fueled by students leaving the district through open enrollment.

The public hearings featuring students, parents and taxpayers were emotional and sometimes irrational considering the quandary the district is now in. It has to make drastic cuts in programming and staff in attempting to claw back out of debt and recoup the 60-percent of in-district students who are attending school elsewhere. The question is why students would be drawn to a district facing so many cuts.

Superintendent John Engstrom warned of some of the realities facing a K-12 district in a report he offered Monday after the second public hearing and before the board vote. It included drastic cuts in the technology used in the district, a reduction in administration — such as not hiring a dean of students and cutting the superintendent’s hours, cutting electives and extracurricular activities, and staff cuts.

Engstrom said on Tuesday that he wasn’t surprised by the rejection of the tuition agreement because he “really didn’t know what to expect” from the board. He said members now need to make “painful” decisions on cuts. “There are no sacred cows.”

Board members voting yes on the tuition agreement — chairwoman Julianne Emerson, Tim Hagenah and Sue Karp — showed their frustration and angst in losing the high school. Despite the testimony begging the board to keep the school open, they hearkened back to the failed levy referendum in 2017 that saw 70 percent of voters voting against a new K-12 school at the current South Terrace site.

Those voting no — Ann Gustafson, Sam Ojibway and Eryn Szymczak — were mostly silent at the meeting, but hinted that they didn’t feel the tuition agreement would solve overall structural problems in the district. Gustafson was the only board member with a “no” vote who expressed her feelings before the vote. She feared that losing the high school would in turn jeopardize attendance at a K-8 school. She also said there wasn’t enough information on how the district would support a K-8 school.

The morning after the meeting, board member Eryn Szymzak said she was listening to constituents and was ready to make the difficult decisions to keep a K-12 district running. She said the tuition agreement, while an option to stabilize the district, was “not a full plan.”

She said that coming to the edge of extinction for the high school has captured the attention of a public that hasn’t been active on school board issues in the past few years of consolidation talk with Wrenshall and the negotiations with Cloquet. “We have our community’s attention,” she said. The road to the district’s solvency will take “baby steps,” she said and she was ready to make “clear and bright” decisions to get it there.

Emerson said on Tuesday that the board will have to be on track immediately as it reorganizes for the new year. Like a year ago, when she was re-elected to the board after a two-year hiatus, she would expect hard goals to be set. She was named chairwoman in January and, after consolidation with Wrenshall became moot, whipped board members into setting hard goals to have a viable solution for the district by year end. They accomplished that, she said, and will have to get there again.

Look for more on the tuition agreement vote and the future of the Carlton district in this week’s Pine Knot News, on newstands Thursday afternoon and available online with a subscription at PineKnotNews.com.