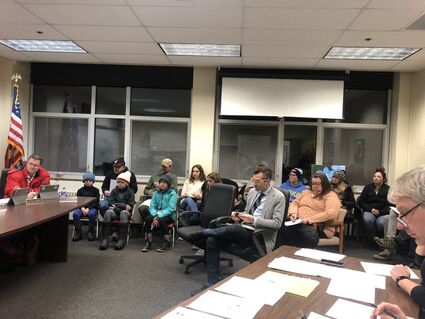 It was standing room only at the Esko School Board meeting last week with lots of parents and children waiting to ask for the board to end its mask mandate for elementary students.

Esko administrators and school board members know there will be at least one certain resident at their annual truth-in-taxation hearing. John Luomala didn't disappoint; he was the only resident there Monday.

The board didn't disappoint Luomala either, eventually adopting a levy increase of 1.7 percent.

Esko superintendent Aaron Fischer went through budget and tax levy highlights with the board.