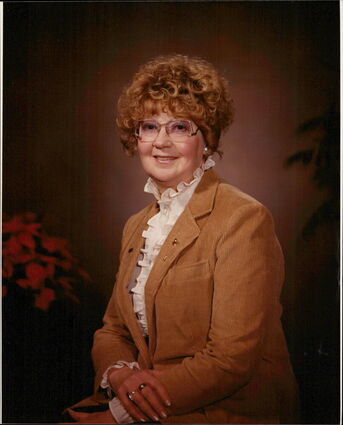 Dorothy Sivia (Aho) Alanen Green, 90, of Cloquet, passed away Monday Dec. 27, 2021, at Plainview Estates in Cloquet. She was born Jan. 7, 1931, in Menahga, Minnesota, in her grandmother's summer kitchen, to Hans and Aune (Kinnunen) Aho. She graduated from Frazee High School in 1949 and moved to Cloquet around 1950.

Dorothy married Arthur Donald Alanen on July 28, 1952, in Wolf Lake. She owned and operated Art's Bike Shop and Alanen Concrete along with Art for many years in Cloquet. He died in 1981.

She was a member of St. Paul's Lutheran Church, where she was a deaconess and involved with Women's Missionary Federation, Hotdish Hotline and led the Christian Women's Bible Study.

Dorothy loved gardening and wore out many lawn mowers.

She was preceded in death by her husbands; parents; brother, Melvin; and a sister, Shirley Johnson.

A memorial service will be held at a later date. Arrangements by Atkins-Northland Funeral Home in Cloquet.