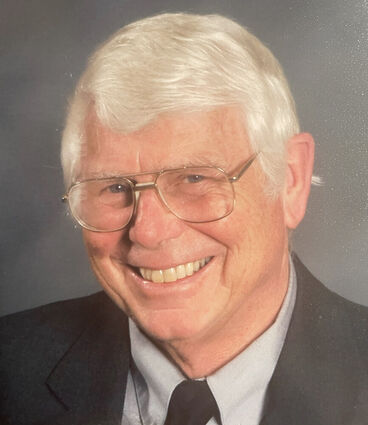 David M. Johnson, 81, of Cloquet, passed away unexpectedly on Jan. 8, 2022. He was born on May 22, 1940 in Cloquet. He was the son of Carl R. and Agnes J. (Blomberg) Johnson of Cloquet. He was a Cloquet graduate in the class of 1958 and then attended Harvard University and the University of Minnesota.

David loved Europe, having begun his adventures there beginning in 1957 at the Jubilee Jamboree for World Scouts in Birmingham, England. David was an Eagle Scout and Scout Master.

He returned to Europe after joining the U.S. Air Force at Aviano Air Base in Italy, finding the love of his life Rosetta. They married on July 10, 1965.

He then worked for Raytheon Service in Europe for four years.

Upon returning to Cloquet, he worked as a property manager, landlord, land developer, and salesman for IDS and Bergquist Imports. He was an airman in the 148th Fighter Wing for 14 years, winning Airman of the Year in 1974.

David’s extensive civic activities include 22 years as a Scout. He pioneered Scouting in Europe and led Scouts worldwide. He won the Contingent Speaking contest in 1958 out of 1,400 participants. For 20 years he organized the Camp Miller candy sale fundraiser for those attending the camp. He was the Cloquet Kiwanis Club president, a member of the Cloquet City Council, and a mayoral candidate.

He enjoyed fellowship and service at the Zion Lutheran Church: singing in the choir and serving on the board. He supported New Wine fundraising, cooking events, and was instrumental in the development and creation of the Thanksgiving and Christmas Day dinners.

He always had a ticket to sell supporting local nonprofits. Our dad was a gem, the kind that is irreplaceable. He was the best son, brother, husband, father and grandfather. We celebrate the fact that he was happy until he went to heaven, and he was in his home. We lament the fact that there will never be another, not even close, not by a longshot.

Until we meet again, Dad. 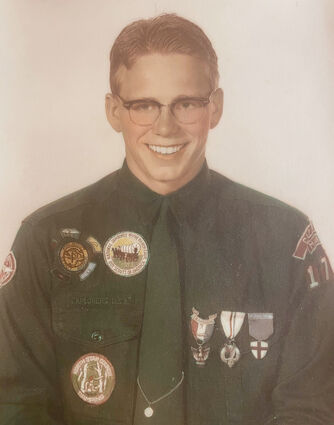 David is survived by his wife of 56 years, Rosetta; his children, Deborah, Raffaello (Antonette) and Vittoria; and three grandchildren: Angel, Carina and Alessandro (all Johnsons).

Service for David will be held Sunday, Jan. 16 at Nelson Funeral Care in Cloquet with a visitation beginning at noon until the 2 p.m. memorial service. All friends and family are welcome to a luncheon provided by Valentini’s. Donations to the Christmas Day dinner in David’s honor would be greatly appreciated c/o DAV Carlton County, P.O. Box 294, Cloquet, MN 55720. Inurnment will take place May 22 at Zion Lutheran Church in Cloquet.