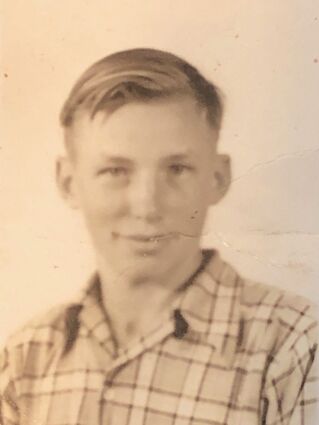 Russell was born Dec. 21, 1933, to Selma (Anderson) and John E. Johnson at home, east of Moose Lake. The family moved to a small farm west of Moose Lake in 1941, where Russ lived until he died. He graduated from Moose Lake High School in 1951. After his father died suddenly in March of 1953, Russell remained at home to take care of his mother and younger sister, Rosalie. His older brother, Roland, had joined the U.S. Navy.

Russell continued farming as well as working at Lampert Yards, where he hauled coal brought in on the Soo Line trains to area homes and businesses. After a few years, Russ moved on to a retail setting, where he remained for the rest of his working life of 60 years. He spoke fondly of employers Ted and Edie Anderson, who owned the Western Auto store, where the State Farm office is now, on Arrowhead Lane. That store was later sold to Alvin and Rhoda Olesen, who moved it to where Vision Pro is now located, and then to Bob and Judy Peterson, who changed the store to Champion Auto. Bob Peterson said Russell trained him on the different brands that he hadn't worked with before. Russ also became the tractor parts expert in the area.

When the store was sold again to Bumper to Bumper and then to O'Reilly Auto Parts, Russ continued to work for the business. In his later working years, he delivered auto parts to mechanics throughout the area until he retired at the age of 80.

Russ continued to farm, and developed an interest in racing. He would often spend Friday nights with friends watching the stock car races at the speedway in Superior. In later years, Sundays were spent watching Vikings football and NASCAR races. He also was a fan of the Minnesota Twins.

His passions were fishing and hunting, and he taught many of his nieces and nephews how to fish and hunt. He accompanied close friends on opening weekend fishing trips in May to Little Winnibigoshish Lake each year. He hunted deer with friends at home in November. Many stories were told when the hunters came to talk with his mother, and then later at the hunting shack during the season.

Russell married Lois Torkelson on Oct. 4, 1969. They did not have children, but visited elder family members often. The couple celebrated their 50th wedding anniversary in 2019.

Russell is preceded in death by his parents; his sister, Rosalie Brink; his niece, Karen Brink Higbee; and nephews Kevin and Brendan Johnson. 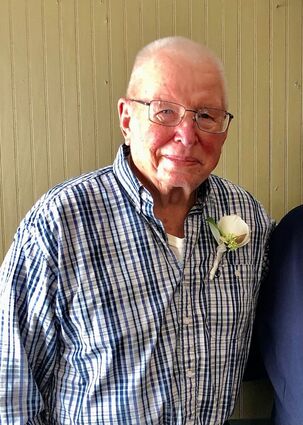 A private service with family and special friends only will be held at the Hamlin-Hansen-Kosloski Funeral Home Saturday, Jan. 22. Inurnment will be held in the spring at Riverside Cemetery, Moose Lake.