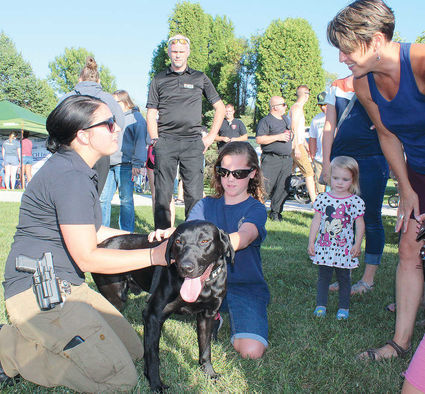 Cloquet police officer Laci Silgjord participates in a community event with her K-9 partner Vadar in happier days. Silgjord was fired by the Cloquet City Council last week, but the decision isn't final until the grievance process has run its course.

Cloquet city councilors and mayor Roger Maki voted unanimously to fire Cloquet police officer Laci Silgjord Wednesday night, Feb. 2, after closing the virtual council meeting for more than 45 minutes as they discussed the recommendation. Silgjord, who had been on paid administrative leave since May 12, 2021, was also the department's K-9 officer.

No details were available on the reason for terminating Silgjord's position during the vote. City officials said copies of the complaint or investigation won't be made public until after Silgjord has had the opportunity to complete the grievance pr...