'Jacks dropped by East in OT 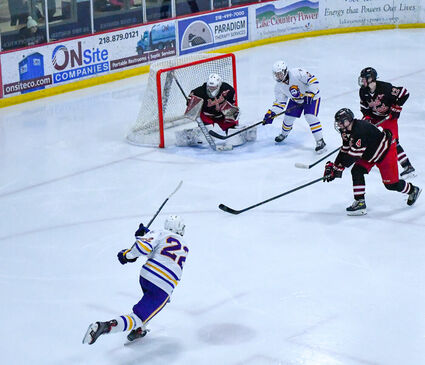 Lumberjacks forward Aaron Ermatinger (22) scores during Monday's home game against Duluth East, a game the Lumberjacks led by 3 in the second period but lost in overtime.

The Cloquet-Esko-Carlton boys hockey team held a three-goal lead on Monday night against Duluth East, but were unable to hang on as the Greyhounds scored in overtime to notch a 4-3 win at Northwoods Credit Union Arena.

CEC tallied two goals on the power play early in the second period and then added yet another power play goal midway through the period as they built a 3-0 lead. The Greyhounds were able to score a pair of goals before the period ended to pull to within 3-2 and then tied the game at 3-3 late in the third period before winning the game in overtime. 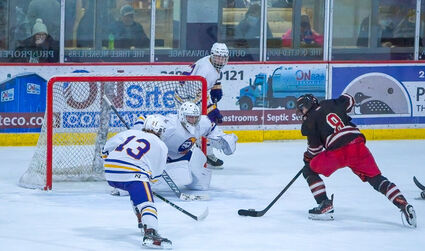