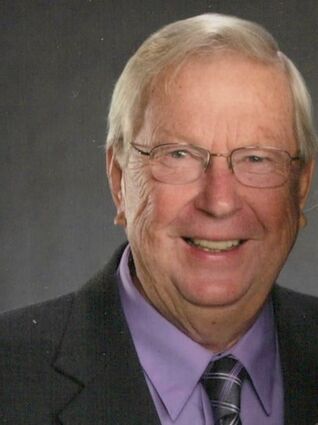 Doug graduated from Denfeld High School, Class of 1958, and from the University of Wisconsin-Superior with a degree in elementary education. He served four years in the U.S. Air Force as a flight engineer. He was an elementary teacher at Proctor schools for 28 years.

He married Carol Jean Bard on June 28, 1969, at Christ Lutheran Church. He was an outdoorsman, enjoying hunting, fishing, being a scoutmaster, and playing sports.

He was preceded in death by his parents, and siblings Marjorie, Genevieve, Milton, Verree, Keith and Kay.

He is survived by his wife Carol; his children Kristi (Tim) Hansen-Rohloff and Neal (Stacie) Haglin; his grandchildren Anna, Leo, Landen and Wyatt; siblings Helen, Yvonne, Lynne, Dean and Reid; brother-in-law, Roger Bard; and many nieces, nephews and friends.

Visitation: 1 p.m. until the 2 p.m. funeral service Saturday, Feb. 19 at Atkins Northland Funeral Home in Cloquet. Burial will be in the Minnesota State Veterans Cemetery in Saginaw. To sign the guestbook and leave an online tribute, see http://www.atkinsnorthandfuneralhome.com.