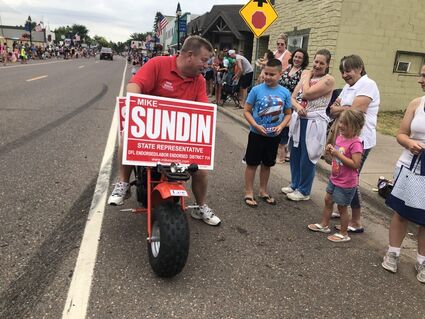 For the first time in 10 years, Esko’s Mike Sundin will not be a District 11A candidate for the Minnesota House of Representatives.

Now in his fifth term in the district — which includes all of Carlton County and smaller parts of St. Louis and Pine counties — Sundin said it was health issues and a desire to spend more time with family that prompted his decision.

“After three major surgeries in the past seven years, I’ve decided to hang up the legislative career … for now,” he said. “I dearly love to serve the public. I’m not giving it up, I’m giving it up for now.”