Section 7A roundup: South Ridge battles to the end 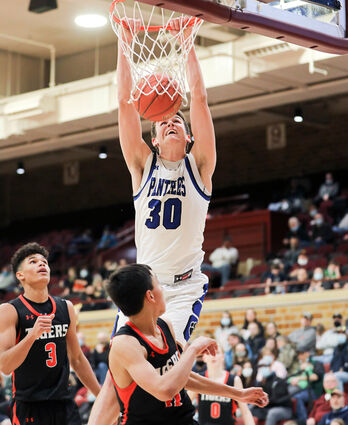 The South Ridge boys basketball season came to an end Saturday at UMD in a hard-fought game against the No. 1 seeded Cherry Tigers.

After falling to Cherry by 43 points in December, the Panthers battled the Tigers until the very end of the Section 7A quarterfinal game, eventually falling by 6 points with the final score at 67-61. South Ridge was the last local school left in the boys 7A sectional tournament.

Austin Josephson led the Panthers with 26 points in the loss, including hitting 9 of 10 free throws, but that wasn't enough to defeat Isaac Asuma and the Tigers. Asuma scored 30 points to lead Cherry, scoring 8 points from the free throw line down the stretch. South Ridge ended the season with a 15-10 record overall.

South Ridge had moved into the section quarterfinals following a 58-45 win over Nashwauk-Keewatin in the second round of the 7A tournament. Josephson and Aaron Bennet led the Panthers with 20 and 17 points, respectively. South Ridge trailed the Spartans 22-21 at halftime but rallied to a 13-point victory after better utilizing their size and height advantage inside.

In other Section 7A playoff news: 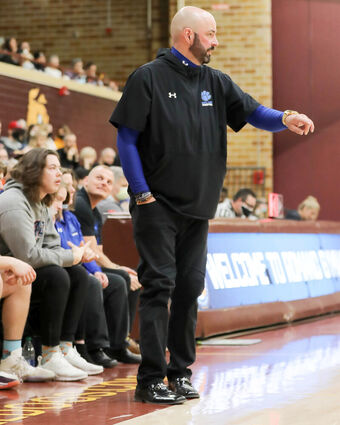 Wrenshall saw its season end last Thursday night in the second round of the 7A tournament, as sixth-seeded Chisholm jumped out fast, and never looked back as the Bluestreaks rolled to the 88-57 win in Chisholm. The fast start by the Bluestreaks was too much to overcome, despite 32 points from the Wrens' Peyton Johnson, who ended as the game's high-scorer.

The Wrens outscored the Bluestreaks in the second half 37-34, but it was Chisholm who scored 54 points in the first half while Wrenshall managed only 20. Wrenshall's season ended with a record of 12-13.

The Carlton season also ended last Thursday night in Cherry as the Tigers handed the Bulldogs a 92-54 loss. The Tigers were the top seed in the section tournament and had defeated Carlton just two weeks earlier.

Sam Serna finished with 20 points and Isaac Asuma chipped in with 19 for Cherry. The Bulldogs, who had defeated Bigfork in the play-in round of the sectional tournament 70-55 last Monday, closed out the season with a 5-21 record.