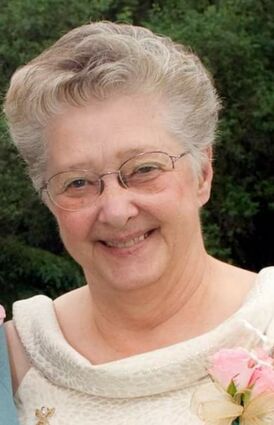 Marion, born Aug. 27, 1941, grew up in Independence, Missouri, a block away from longtime family friends President Harry and first lady Bess Truman. Her family moved to Minnesota when she was in the seventh grade, settling in White Bear Lake. There, she met Sheldon Larsen, whom she married in 1960, just shy of 62 years this June.

Marion graduated from White Bear Lake High School in 1959. Initial plans to attend nursing school fell by the wayside as the call to weave her masterpiece as wife, mother, and family matriarch won out. Marion and Sheldon lived in White Bear Lake for 42 years, retiring to life at the lake in Wright in 2002.

Marion’s life is celebrated by thousands of hearts touched by her loving, friendly, and thoughtful approach to living her best life in her career with Kmart, American Laminating, CI Title, Agri-Peat, and her dedicated service to organizations such as Job’s Daughters, Eastern Star (Mistletoe Chapter #96 Worthy Matron in 1968), and church. Marion loved reading, being social, and spending time with family and friends. She will be missed!

She was preceded in death by her parents, Dick and Pat Isaacks, and brother John Isaacks.

Visitation: 12 p.m. until the 1 p.m. memorial service Tuesday, May 31 at Bethlehem Lutheran Church, 1433 Third St. in Wright. A luncheon will follow the service. Burial will be in Wright Public Cemetery. In lieu of flowers, memorials are preferred. Arrangements entrusted to Atkins Northland Funeral Home, Cloquet. To sign the guestbook and leave an online tribute, http://www.atkinsnorthlandfuneralhome.