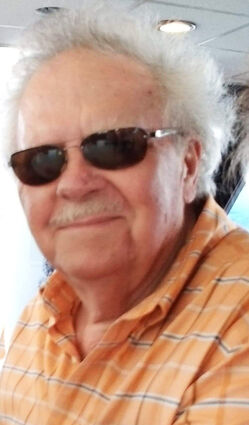 Gary Richard Polo, 78, of Esko passed away May 16, 2022. He was born May 17, 1943, the son of John and Delores (Johnson) Polo. Gary worked for the Potlatch Corporation for 37 years as a turbine operator, then moved to the mechanical service department. He was also a self-taught and accomplished gunsmith — there wasn’t a gun he couldn’t repair or refinish!

Gary loved to cook, finding new recipes on the computer, and took great pride in his creations, which he shared with many of his friends. He also used them as guinea pigs too! Gary also loved gardening and had many beautiful flowers and hanging baskets every summer. He also loved to trapshoot and would travel with his wife Pam to various local and state events. He won events in Minnesota and Arizona and shot his first 100 straight in Arizona. Gary loved the sunshine and spent the last 21 years wintering in Sun City, Arizona. He was a past member of the Big Lake Gun Club, Jack Meade Gun in Proctor, and the Potlatch Quarter Century Club.

Gary was preceded in death by his parents, John and Delores; his daughter Terry; and sister Joyce. He is survived and will be deeply missed by his wife of 37 years, Pam; son Michael; stepson Adam (Tina); two step-grandsons, Tyler and Landon; one step-granddaughter, Catie; brother Marco (Karina); sister Barbara (Marlon); and numerous friends in Minnesota and Arizona.

A Celebration of Life for Gary will be held 5-7 p.m. Friday, June 10 at Nelson Funeral Care in Cloquet with Military Honors presented by the Cloquet Combined Honor Guard.