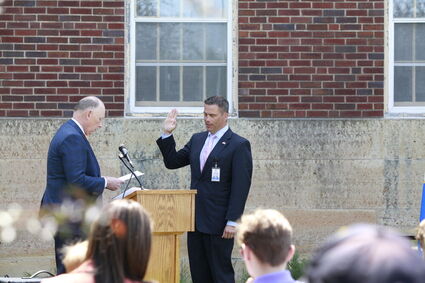 A new warden was installed Tuesday at the Minnesota Correctional Facility in Moose Lake. Brian Collins began his duties earlier this spring.

“Correctional facilities are aptly named — they exist to facilitate transformational change within the people we serve,” Collins said. “Because 95 percent of incarcerated people are eventually released from prison, we have an obligation to ensure people return to the community as productive, contributing members.”

Collins began his state career in 2006 with the Department of Human Services as a security counselor and special investigator. He...