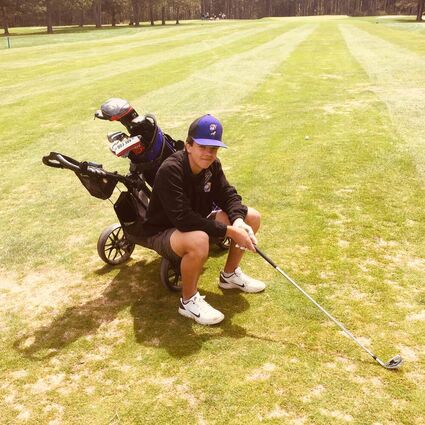 The Cloquet Country Club’s paved parking lot on Monday was packed with regular-sized buses, short buses, vans and cars delivering kids from all over northeastern Minnesota to a tournament hosted by Cloquet High School. Per Cloquet boys head coach Aaron Young, there were 12 boys teams and four girls teams, with just more than 100 golfers.

“The weather was cool, but partially sunny and dry, so it cooperated,” Young said. “It was a very successful event.”

The Cloquet boys varsity golf team — the defending state champions — took top tourney honors with a total score of 304. Second place went to Pequot Lakes at 317, and third to Marshall of Duluth at 325. The Cloquet girls took third place with Hermantown taking the top team award. 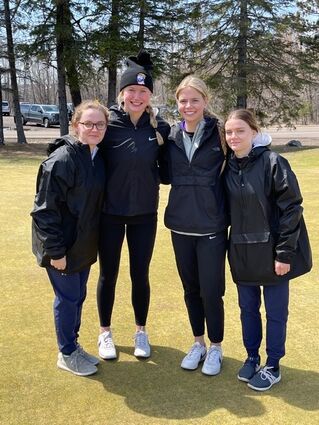 Cloquet junior Karson Patton tied for event medalist honors with a sparkling, one-over-par 72. Other Cloquet scores tallied in the team score (top four scores count) included Cooper Ellena 77, Karson Young 77, and Lance Sayler 77. The other Cloquet scores were Colin Young 78, Blair Chartier 79, Jacob Walsh 79, and Anders Gunelson 80. Impressively, of the 75 boys golfers that played in the event, only 17 scored 80 or under and eight of those were from Cloquet.

“We’re a competitive bunch and having fun. It’s a great group to coach,” Young said. “We’re coming together as a team. With section playoffs only a few weeks away, the timing is perfect.”

Hermantown won the girls team title with the Hawks’ Callie Showalter being the girls medalist with a score of 87. Avery Carlson of Cloquet was sixth overall with a score of 101. Other Cloquet scores were Juli Steinert 105, Maddie Young 107, and Abigail Steinert with 113.