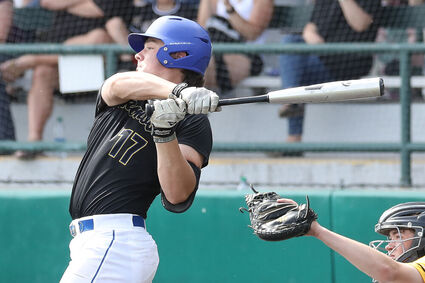 After going undefeated in the Section 7AA tournament, the Esko boys baseball team was eliminated Tuesday, losing 5-0 to Marshall in the afternoon, then 11-9 to Proctor that night.

Coach Ben Haugen said he was proud of the team.

"We battled to the end tonight, I was proud of our guys for that, all the coaches were proud of them," Haugen said. "The kids are doing their best and playing their hardest. Sometimes it just doesn't go their way, but we're still proud of the effort they gave us."

He was also realistic.

"We only got one hit in the first game," he said, adding that the Duluth Marshall pitcher was really good. "Then the second game we committed nine errors. It's tough to win a ballgame with that many errors. We did not field the ball very well today."

The Eskomos had a number of chances to win the second game against Proctor, but ended more than one inning with players on base.

Esko ended its season with 20 wins and five losses. 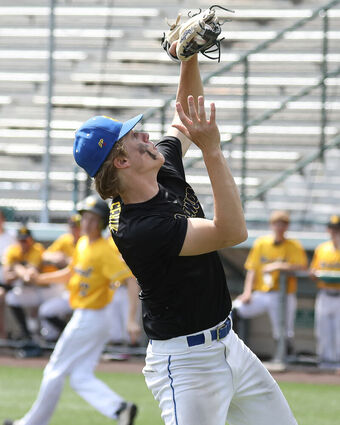 It was a year that the veteran coach - who marked his 16th season as head coach in Esko - originally thought might be a season of rebuilding, but the team was strong pretty much right off the bat.

"We were really young - we didn't start a senior," Haugen said. "We exceeded expectations, I think. But I still thought we had a good chance to win the section championship. It just didn't work out."

The team is losing one senior, Cade Gonsorowski, to graduation. They will return the rest of the team, including Haugen's two sons, who both pitch. Cale will be a senior and Sam will be a sophomore next year.

After the game, Haugen said he told the team he was proud of them and to not let the last day define their season.

"It's tough when it comes to a crashing halt like that, but you have to reflect and remember we had fun together, that's ultimately the most important thing," he said. "I enjoyed being around them all year."