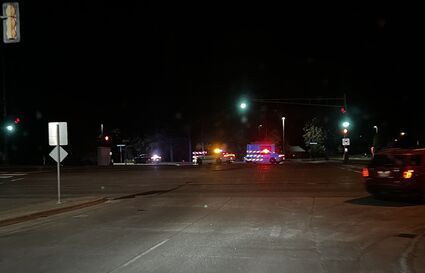 Police shut down Pinehurst Park Saturday night, after shots were fired in the central Cloquet park.

According to a news release issued by the Cloquet Police Department, approximately 11:15 p.m. Saturday, July 2, a Cloquet Police officer was flagged down by two juvenile males and a woman in a car, who reported that someone had shot at them. The officer observed that the car had damage consistent with gunfire.

They told the officer that minutes before, the boys had flagged down the uninvolved woman driving her vehicle on Pinehurst Park Drive near Pinehurst Park. They told the driver someone was shooting at them. After entering the car, the car was hit with bullets. Fortunately, no one was struck by the gunfire.

CPD staff worked around the clock investigating this incident, initially blocking off the road at both ends of the park. A scene was located and processed within Pinehurst Park. Police determined that the perpetrator had fired more than 10 handgun rounds. Today, detectives and patrol officers identified a juvenile male suspect and took him into custody. A firearm was recovered.

The juvenile in this incident was lodged at Arrowhead Juvenile Center (AJC) for second-degree attempted homicide. This is an open and ongoing investigation.