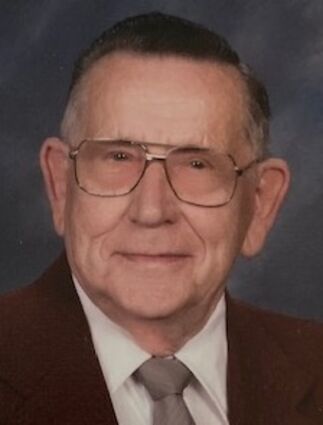 Nester William Tan, 95, of Keizer, Oregon passed away July 22, 2022, of natural causes. He was born at home in Cloquet on July 8, 1927, to Daniel and Jennie Tan, the ninth of 13 children. His grandparents came from Pudasjarvi, Finland in about 1880. He was the last of the siblings to pass away. Nester grew up on his family farm during the Great Depression and had to work many various jobs as he was able. Some included milking up to 44 cows, cutting wood for neighbors, and clearing roads with 10 feet of snow using just a shovel in the winter. He joined 4-H like his brothers and sisters and raised calves for the county fair, winning various ribbons. He was also awarded the highest Future Farmers of America honor, the State FFA Degree. He graduated from Esko’s Lincoln High School in 1945. He then enlisted in the U.S. Navy and went to basic training at Naval Station Great Lakes in Illinois. As a Seaman First Class, he was transferred to the island of Samar in the Philippines on a minesweeper, and then served aboard the USS Birmingham (CL-62) until his discharge in 1946.

He then returned home to Cloquet and stayed until 1947, when his father asked him to drive his sister Helen to Portland, Oregon. He began a job at Alpenrose Dairy, where he learned all about the world of dairy products, and loved it. At this time he met his wife Moira, and they were married May 13, 1949, on her birthday! He went to college at Oregon State for a year during this time; his wife would make a pot of Spanish rice that they would eat for a week so he could have gas to travel to school from their house in Camp Adair. He then moved his family, complete by now with three children, to the Cedar Hills area, where he worked at Mayflower Milk until 1956. He continued his dairy work at Fred Meyers until buying his own ice cream store in 1964 in the city of Hillsdale, close to Wilson High School. He named it Flavors Unlimited by Nester, and we ran it as a family-owned business from 1964 through 1968. After selling the ice cream store, he went to work for the United States Department of Agriculture as a milk sampler and tester. He traveled to all the Oregon dairies to take milk samples and brought them back to the Tigard office where they were tested for meeting milk standards the government had in place. He retired in 1985 when his office moved to Seattle.

He moved to Yachats, where they had built a lovely house with a gorgeous view of the Pacific Ocean. He was always outside tending to flowers and shrubs and stacking wood.

He and his wife began traveling the world, seeing Australia, New Zealand, Europe, his homeland of Finland and other Scandinavian countries. They also traveled to many islands including Fiji, Hawaii and The Bahamas. His interests included square dancing, fishing, rock tumbling, and taking care of his rose bushes and other plants around his house. He was a charter member of the St. Andrew Lutheran Church in Cedar Hills. He was a member of the Hillsboro and Florence Elks for over 50 years, actively participating and serving on work projects such as establishing and cleaning the campsites in Waldport. He participated in fundraisers and received many accolades at the national level for his efforts. He supported and participated in the local Yachats music festival, where musicians from all over the United States came and performed during the summer months. After selling their house in Yachats to live in the Portland area, they decided the coast was their place, so returned to it. Nester’s wife passed away in August of 2017. He stayed for another year before moving to the Keizer area. He lived at the Willamette Lutheran home before moving to Bonaventure Senior Living at Keizer Station, where he resided until his passing.

We were blessed to celebrate Nester’s 95th birthday this month. Some of his nephews, nieces, and grandchildren from Minnesota, Idaho, California and Oregon came and had a wonderful few days of fun and fellowship filled with laughter and stories of his wonderful life. He was loved by many and will be missed.

A private family service was held at Willamette National Cemetery July 28. Instead of sending flowers, please make a contribution to a charity of your choice in Nester’s name.

Keizer Funeral Chapel and Cremation Services are caring for the family. For memories and condolences, please visit Nester’s memorial website at http://www.keizerchapel.com or send mail to Keizer Funeral at 4365 River Road N., Keizer OR 97303.