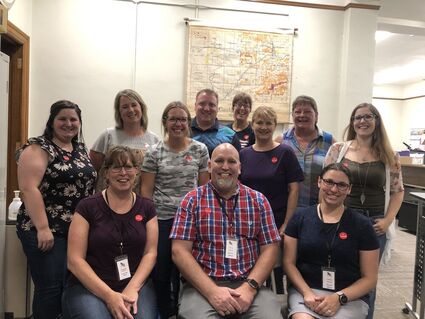 "Things went very smoothly - well, as smooth as can be with all new equipment and many people doing a role for the first time," he said.

The county had new DS200 ballot scanning machines at the polling places, made by Election Systems and Software in Nebraska, along with Omniballot adaptive voting devices, which marks the ovals for the user, most often people with visual disabilities. Most exciting for him, he said, was the new DS450 central counter, which the county auditor's office uses.

But it takes a team.

"Elections don't happen by just a few folks," DeVriendt said. "It is literally hundreds of dedicated citizens in the county to pull off a free and fair election with integrity. I am so impressed by everyone's efforts."

According to the unofficial tallies - the canvassing board will certify results Thursday - turnout for the primary election was low, with 3,966 Carlton County residents casting ballots out of 22,401 registered voters (as of 7 a.m.). That's 17.7 percent, not including voters who registered on the day.

That is not terribly surprising for a primary election in a non-presidential year, DeVriendt said.

"We traveled around to all the polling places earlier and the consensus was that turnout was definitely lower than 2020, but not that low for a primary," he said, adding that early voting was also down compared to two years ago.

The only truly local race in the primary was for Minnesota Senate District 11, where the DFL party's endorsed candidate John Peura, of Moose Lake, lost to Michelle Boyechko, of Tamarack, by a total of 838 votes. State Senate District 11 includes all of Pine and Carlton, and portions of St. Louis, Kanabec and Chisago counties.

Peura extended his thanks to everyone who voted and those "who believed in the person behind the campaign." Boyechko didn't respond to an email from the Pine Knot News before presstime. 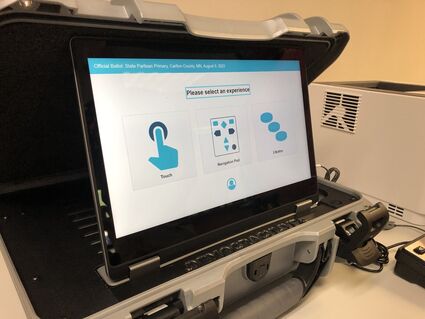 New to polling places this year were Omniballot adaptive voting machines, which mark the ovals for the user, most often people with visual disabilities.