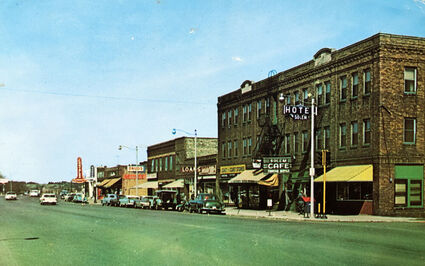 Hotel Solem in the 1960s. A condemnation commission last week confirmed an $8,000 appraisal for the 103-year-old Hotel Solem building, on the corner of Cloquet Avenue and 10th Street. The former owners could still appeal.

A panel of court-appointed condemnation officials agreed with an $8,000 appraisal for Hotel Solem on Thursday, Aug. 25. The approval opened the door for the city of Cloquet to proceed with plans to redevelop the deteriorating 103-year-old building on the corner of Cloquet Avenue and 10th Street.

"We believe we have established that is the actual value of the property that was taken and the amount that should be due to the owners," city attorney William Helwig said near the conclusion of the hearing at City Hall.

The city gained possession of the building earlier this year, citing public s...