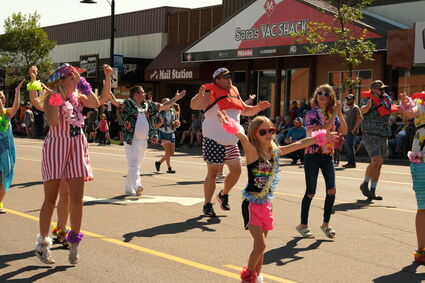 It would be difficult to determine who had the starring role - politicians or candy - in Monday's Labor Day parade, but there was a plethora of both.

And the kids were open to either, plastering political stickers on T-shirts without questioning platforms and filling backpacks and plastic grocery bags with enough candy to keep the dentist busy through Halloween.

Many local candidates made their public debut this election season, while numerous state politicians and even U.S. Senator Amy Klobuchar traveled north to walk down Cloquet Avenue.

Gov. Tim Walz declared it "the best Labor Day parade in the state," adding that Cloquet is "the place to be" on the annual holiday while talking with Carlton County Central Labor Body president Joe Kneisel before the parade. 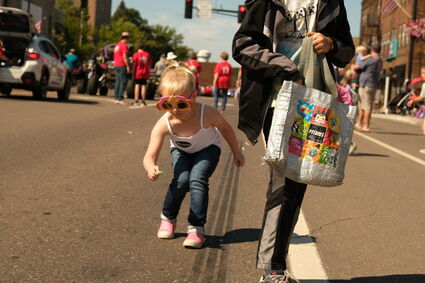 Cloquet's own presidential historian Joe Peterson walked down Avenue B during lineup and met several state officials, including Walz, as well as classmate Mike Kuitu, a former Labor Day organizer himself.

Of course, Walz is part of a long list of political dignitaries to walk in the Cloquet parade over the past 105 years.

Parade organizer Chad Tuura was thrilled with the turnout, as this year's parade was easily twice as long as last year's.

"Of course, it is an election year," he said.