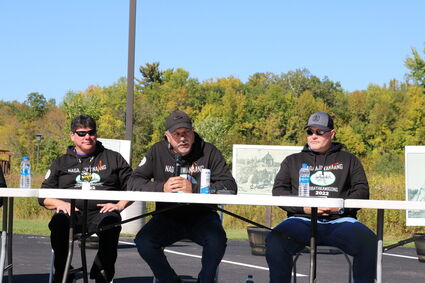 Speaking alongside the St. Louis River, near a site where burial grounds were disturbed by a state highway project in 2017, Kevin Dupuis was joined by a crowd of more than 125 mostly Indigenous people in the Fond du Lac neighborhood in Duluth on Friday, Sept. 30.