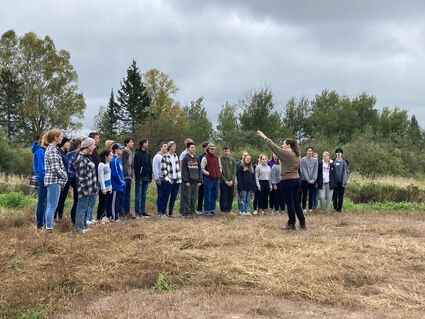 The Esko school district is planning a few projects that will give students and the greater community an opportunity to stay active year-round.

The Esko school board has been working on plans for a new fitness center over the last few months, something that was identified near the top of the list on the district's 10-year facilities plan. The board shared some initial plans for the new fitness center at the meeting Monday, Oct. 10.

In a presentation given by ICS, the district's building project consultant group, rough plans for what the new fitness center could look like were unveiled to the public. In this plan, the fitness center would be constructed using the existing exterior wall of the gymnasium, the exit hallway by the trophy cases, and the kitchen. The board pursued this location to cut down on costs by using existing walls and, potentially, HVAC systems and plumbing that is already installed in the school.

Board members liked the presentation given by ICS and gave them the go-ahead to draft the final design.

The district does not yet have a budget set for the project. According to superintendent Aaron Fischer, he is going to meet with a few user groups in the next month to get an idea of what they are interested in seeing in the space. This feedback, coupled with the final design from ICS, will give the board an idea of what the project will cost the district.

The board plans to use funds from the lease levy that was approved in September 2022, along with general fund money, donations, and other solicited funds to fund the fitness center.

Fischer explained that if the final design and the funds available do not match, the board will have to make some changes to what the project will look like or seek out funding from alternative sources. Fischer said as soon as the cost is determined by ICS and the board, the public will be informed.

The board and ICS hope to reach a final design by the end of November 2022. ICS estimated that construction on the project will begin in June 2023.

In outdoor activity news, the Esko School Forest officially opened to the public Oct. 1 with various learning opportunities, a choir performance, trails to walk and a scavenger hunt. The forest project was started in November 2021 by a group of Esko educators and community members who wanted to provide opportunities to bring learning outdoors. This setting is meant for students, athletes, and community members to use and will be open all seasons. Working alongside the Minnesota Department of Natural Resources, the Esko School Forest will grow over time to include benches, signage, parking, bridges, picnic tables, water access and native plant life.

Community education director Michele Carlson and Matt Berger gave a presentation to the board on their idea for a new outdoor basketball court. Carlson and Berger feel that a new court would increase activity levels for students and community members and bring new opportunities to the school district and their athletic programs.

According to Carlson, Community Ed has been approached numerous times over the years by groups looking to hold outdoor tournaments on Esko's blacktop outdoor basketball courts. Carlson explained to the board that she has had to turn these groups away because the current state of the courts is not safe for sponsoring events.

Carlson has been working with Berger, who had prior knowledge about outdoor sport courts, to develop a plan to replace the current courts. The plan they presented to the board includes three new resurfaced courts and the installation of sport court tiles that create a flat surface with visible game lines. The courts would include adjustable basketball hoops, portable pickleball nets, and four-square outlines. The current quote for the court is around $90,000, Berger said. The group reported that they have fundraised about 40 percent of the cost.

At this time, Carlson and Berger were not seeking approval or money from the board; they just wanted to present their ideas. 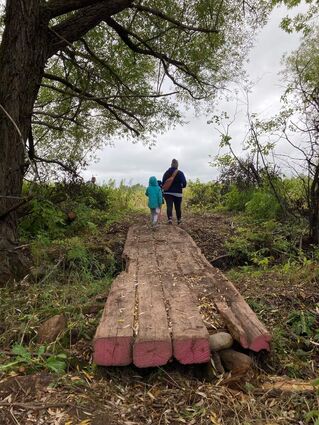 The Esko School Forest officially opened to the public earlier this month with a community opening, choir performance and outdoor wanderings. The Esko School Forest is located around the Esko athletic fields and consists of approximately 2 miles of walking trails and learning stations. This forest is meant for students, athletes, and community members to use.

Board chair Jerry Fredrick brought up concerns about noise complaints from surrounding houses, and lighting. Berger explained that they are not currently exploring lighting options, as they hope that sunset can be the curfew for the courts. As for noise, they explained that the courts have been there "forever" and it has never been a concern.

Berger expressed a willingness to work with homeowners in the area to create a plan that everyone is excited about. Carlson and Berger hope the potential for outdoor practices, summer tournaments, fundraisers, recess activities, and open use for the community will excite all students, coaches, and residents of the community.

Superintendent Aaron Fischer reported to the board that he attended a meeting with Carlton County about the proposed Highway 61 reconstruction project. According to Fischer, the county did not receive the grant they were hoping to get to fund the project. This setback means the earliest a project could begin would be 2024.

The Esko school board will canvass the election at its next meeting time on Nov. 14.