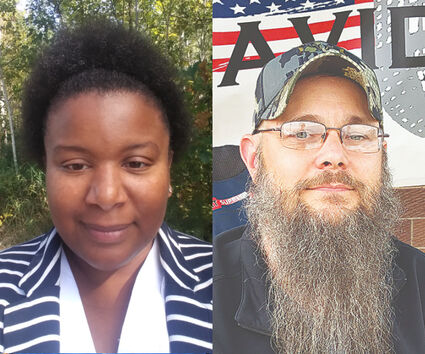 What made you decide to run for city council or mayor this year?

The city desperately lacks leadership from within, which I've seen firsthand as a council member. The malfeasance and the neglect to conduct city business in a professional manner is more than appalling.

The Kettle River city council has seen more than its share of drama in recent months. How would you try to make the council more functional if elected?

Transparency is a key to conducting business in a professional and ethical manner in all branches of government.

Name one other top issue facing Kettle River and how you would like to see it addressed.

No transparency is a very high priority concern among council, city employees, neighboring townships and cities. Rebuilding that trust would be the first plan of action. Taking an interest in public opinion input with community concerns. Amending the negativity that plague our city. Develop a five year city strategic plan with the entire council. Assess and work on ways to decrease the city's debt. That stands over 600k in water and sewer bonds.

Elaborate on one thing you think the council handled well over the past two years.

The council publicly exposing challenges that need changing within our city government.

Why should people vote for you?

I am ethical, honest and hardworking looking to secure your vote. A strong advocate for transparency, very honest and approachable. I will put the public first with their best interest a top priority.

I have 9 years of honorable military service USMC/MNNG. Served 1 1/2 yrs as council member and currently on my second term as Mayor. Three-plus years on the board of ARDC. I have lived in Kettle River for 14 years. I am well traveled and have immersed myself in several different cultures.

What made you decide to run for city council or mayor this year?

I am seeking a third term as mayor because I care about the direction and future of Kettle River. So I can raise a family in a safe and quiet community.

The Kettle River city council has seen more than its share of drama in recent months. How would you try to make the council more functional if elected?

I would work on being able to communicate more effectively with the council. To encourage council members to bring any issues or concerns that they may have to council meetings so they can be discussed amongst the council in an open meeting.

Name one other top issue facing Kettle River and how you would like to see it addressed.

Lack of economic development: To be able to get the information out better about tax incentives for small businesses. With the continued discussion on having a privately owned seasonal campground built, with that in the coming years will encourage other small businesses to invest and bring renewed vigor and life back to Kettle River. Which in turn will help bring revenue into the city. Also having a public hearing to incorporate concerns and solutions into the new ordinance for the campground.

Elaborate on one thing you think the council handled well over the past two years.

After concerns brought by a council member I reached out to the League of Minnesota Cities and they recommended a team building/communication workshop that was facilitated by an independent law firm. This also included a brief rundown of the roles and responsibilities of each council member. Everyone agreed upon the strategies and policies that where discussed during the collaboration, so moving forward we could have a better functioning council meeting.

Why should people vote for you?

To provide leadership and stability for the City of Kettle River. Continued effort not to dramatically increase the city taxes as inflation keeps rising. I've encouraged the council to go to community events.