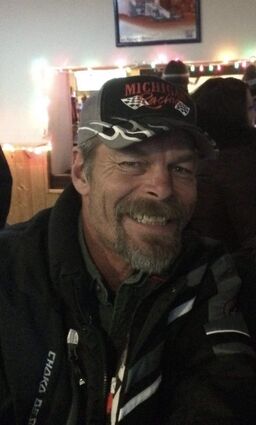 Mark Dougherty, 58, of Saginaw passed away unexpectedly at home on Nov. 18, 2022. He was born on Sept. 17, 1964, to Lowell "Tuffy" and Rosemary Dougherty. Mark graduated from AlBrook school in 1983. He was employed at Bobcat of Duluth, a job that he enjoyed and where he was able to put his skills to use. Mark was a quiet man. No one could ever anger him or make him lose his patience. He had the biggest heart and if there was something he could do to help someone, he would. Mark was truly a jack of all trades, but if you would say that to him, he'd respond with "but a master of none" and laugh. He was an avid fan of the Vikings, four-wheeling, fishing, NASCAR and NHRA racing, and taking many trips to races with his closest friends.

Mark was preceded in death by his father, Lowell "Tuffy" Dougherty. He is survived by his daughter, his princess, Chasity Hunt, whom he loved more than anything; Carmen Dougherty; mother, Rosemary Dougherty; sister, Mary Lou (David) Raether; brother, John Dougherty; special friends David and Connie Meyer; his dog, Rowdy; and many more family and friends.