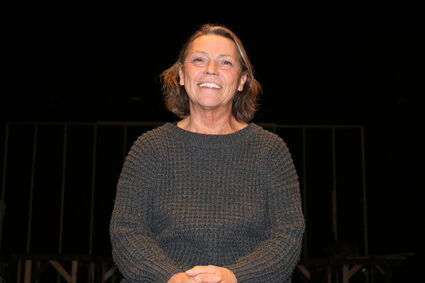 After close to five months without representation, Cloquet's Ward 3 voters have a new city councilor. Iris Keller was selected Tuesday by unanimous council vote, following interviews with her and fellow candidate Pete Erickson.

Both candidates ran write-in campaigns this fall, after previous Ward 3 councilor Chris Swanson moved outside of his ward last summer. The move came after the election filing period, however, so Swanson's name could not be removed from the ballot. Despite news stories, one candidate forum and a number of "don't vote for me" pleas from Swanson, the incumbent won by a landslide, with 602 votes to 49 for Keller and 40 for Erickson.

Councilors agreed that both Erickson and Keller were "fantastic" candidates following interviews held in a working session Tuesday. The congenial candidates agreed, both noting the other would make a fine councilor. Erickson was the first to congratulate Keller on Tuesday.

"It's a really tough decision and I thank them for stepping up and being willing to serve," said at-large councilor Lara Wilkinson, who later motioned to appoint Keller to the seat.

Keller said she put her name forward because she was raised by her German Catholic grandmother to give back. Referring to her notes at times, Keller said she is concerned about the lack of housing and enforcing current laws to help both landlords and tenants. She would like to see collaboration to create a new animal shelter and a youth center where kids can play basketball inside during winter. She said she loves watching boards and politics.

As a 23-year educational interpreter working at Cloquet High School, Keller has spent her career learning as she translates what the teacher is saying to her current student.

"I'm looking forward to the process of learning how this all works and being part of the city council," she said.

Swanson told the Pine Knot he was confident Keller will make a great councilor.

"She is accessible, hard-working, good-hearted, and well-connected in the community," he said, adding that he hopes the city can appoint Pete Erickson to a city commission as soon as possible, applauding him as an active and engaged citizen as well.

Keller will be sworn in and seated at the Feb. 7 meeting and serve two years, at least until the next General Election in November 2024. Her selection means the Cloquet City Council is now made up of four women and two men, plus Mayor Roger Maki, who runs the meetings but votes with the council.