Veterans Day is about veterans, take time to show your appreciation 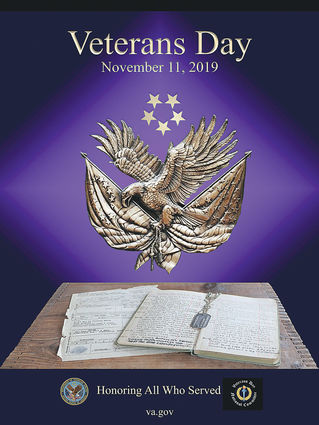 Veterans Day is a well-known American holiday, but there are also a few misconceptions about it. To clear some of that up, here are the important facts you should know.

A lot of people think it’s “Veteran’s Day” or “Veterans’ Day,” but they’re wrong. The holiday is not a day that “belongs” to one veteran or multiple veterans, which is what an apostrophe implies. It’s a day for honoring all veterans — so no apostrophe needed.

A lot of Americans get this confused, and we’ll be honest — it can be a little annoying to all of the living veterans out there.

Memorial Day is a time to remember those who gave their lives for our country, particularly in battle or from wounds they suffered in battle. Veterans Day honors all of those who have served the country in war or peace — dead or alive — although it’s largely intended to thank living veterans for their sacrifices.

It was originally called Armistice Day, commemorating the end of World War I, which officially ended when the Treaty of Versailles was signed on June 28, 1919. However, the fighting ended about seven months before that when the Allies and Germany put into effect an armistice on the eleventh hour of the eleventh day of the eleventh month.

For that reason, Nov. 11, 1918, was largely considered the end of “the war to end all wars” and was dubbed Armistice Day. In 1926, Congress officially recognized it as the end of the war, and in 1938, it became an official holiday, primarily a day set aside to honor veterans of World War I.

But then World War II and the Korean War happened, so on June 1, 1954, at the urging of veterans service organizations, Congress amended the commemoration yet again by changing the word “armistice” to “veterans” so the day would honor American veterans of all wars.

For a while, the date was changed, and it confused everybody.

Congress signed the Uniform Holiday Bill in 1968 to ensure that a few federal holidays — Veterans Day included — would be celebrated on a Monday. Officials hoped it would spur travel and other family activities over a long weekend, which would stimulate the economy.

For some inexplicable reason, the bill set Veterans Day commemorations for the fourth Monday of every October.

On Oct. 25, 1971, the first Veterans Day under this new bill was held. We’re not sure why it took three years to implement, but not surprisingly, there was a lot of confusion about the change, and many states were unhappy, choosing to continue to recognize the day as they previously had — in November.

Within a few years, it became apparent that most U.S. citizens wanted to celebrate Veterans Day on Nov. 11, since it was a matter of historic and patriotic significance. So on Sept. 20, 1975, President Gerald Ford signed Public Law 94-97, which returned the annual observance to its original date starting in 1978.

Veterans Day is an important day for showing appreciation to members of our military, past and present.

If you’re looking for an appropriate way to honor a veteran in your life, or would like to contribute in a way that’s meaningful for veterans everywhere, here are some suggestions to start you off.

Attend a Veterans Day event be it an honest-to-goodness parade or service for veterans. Roy Rogers said “We can’t all be heroes; someone has to sit on the curb and clap as they go by.” Veterans Day is a great opportunity to do just that.

It seems like we all know someone who has served and Veterans Day is a great time to ask them about their service. Some questions to get started are: What did you do in the military? How long did you serve? What was your favorite moment in all your time in the service? Did anyone else in your family serve? Why did you choose to go into the service branch you did? Do not ask if they’ve killed anyone and should your veteran be a combat vet who is either unwilling to share or plainly states what they went through, be supportive without being intrusive. Sometimes you don’t have to say anything, just listen and give them your full attention.

If you know a veteran, write a simple postcard that recognizes them on Veterans Day. If you don’t know a veteran, look up the closest military installation and send one there. Small acts of recognizing someone’s service, even anonymously, are appreciated.