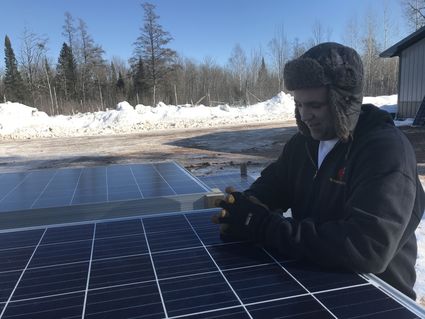 Dustin Anderson started out with a vineyard in rural Carlton but now sells apple trees and solar panels.

When Dustin Anderson wanted to improve his small vineyard in Carlton, he called the company that had sold him his grapevines. What happened next is why he is known as "The Apple Tree Guy" and not "The Wine Guy."

Anderson had purchased a couple of apple trees from this same vendor and they were doing well, but the grapevines were not. The company suggested he plant more apple trees, but had a 100-tree minimum purchase policy.

"Oh yeah, I can put in 100 trees," the hardworking Anderson told them, with no idea of what he was getting himself into.

That was when his usual sense of optimism met r...