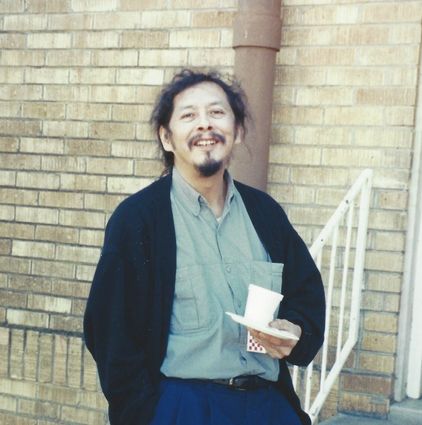 Ralph Charles Fairbanks, 71, of Sawyer District Fond du Lac Band of Lake Superior Chippewa, died Monday, March 23, 2020 in his home. Ralph was born August 24, 1948 in Cass Lake the son of William John and Alvina (Robinson) Fairbanks. Ralph was raised in Bena and Duluth and graduated from Hermantown High School in 1967. He earned a bachelor’s degree in fine arts from University of Minnesota-Duluth in 1978.

Ralph was self-employed with work on personal beadwork projects and served on the Ojibwe Language Advisory Board for the Fond du Lac Reservation. He loved to play slots, Words with Friends, and sitting at a good outdoor fire. He loved collecting treasures from another era, and his home reflected his love of bygone days in his choice of pictures for the wall, lamp styles, ceramic figurines and books. He kept busy year-round with outdoor activities. “I’m so busy! I have so much to do!” he would say, leaning on his broom or rake or whatever tool he had in his hand. He was an excellent dancer at the powwows from the time he was a toddler into young adulthood. In his later years, he enjoyed attending as a spectator. Ralph loved the simple things in life; a warm breeze, the sound of the trees, walking in the woods and by the lake and discovering new plants and trees. He was observant of unique plant growth and noticed quickly when something in the landscape changed. Ralph was “a walking encyclopedia” according to one friend and could converse intelligently on most topics. He was kind to everyone. He will be sadly missed.

Ralph is survived by his sisters, Arleen (John) Heyd of Schafer, Patricia Rasch of Cloquet, Phyllis (Henry) Stott of Duluth, and Janis (Kaz Roterman) Fairbanks of Cloquet. Caretakers in his later years were his niece Cheryl Edwards and nephew John Roterman who cared for him until the end. He also leaves to cherish his memory several nieces and nephews, cousins and friends for whom he cared deeply.

A private Traditional Native American service will be held and a video recording of the service will be available on Thursday afternoon. Burial will be in Sts. Mary and Joseph Catholic Cemetery. Arrangements entrusted to Atkins - Northland Funeral Home, Cloquet. To sign the guest book and offer an online tribute, see http://www.atkinsnorthlandfuneralhome.com