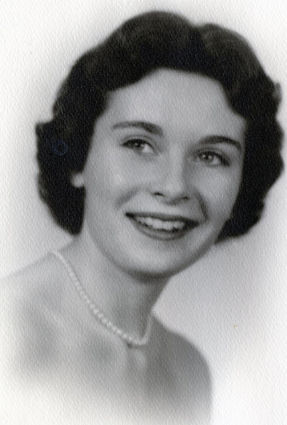 Barbara Ann Cloud Little was born in Washington, D.C. in 1934, the second of four children born to Etienne L. and Dorothy Ball Cloud. She entered into the next realm on May 4, 2020, after living with metastatic breast cancer for several years, during which time she continued to manifest her usual grace. She did not lose this battle. Instead, she has passed the baton on to her family and friends to make this world a better place for others.

Barbara was loved by many. Her giving and nurturing heart endeared her to all who knew her. She quilted together a life of service, continual learning and growth, deep family connections, and loyal friendships, while her characteristic gracious kindness threaded all these components together.

In her final days, Barbara urged her family to think of her in a glimpse of a cardinal, in the exquisite fleeting colors of a sunrise or sunset, in a heart-shaped rock found on a walk, and in the blue sky of a clear day. We hope you will do the same, and that you also, like her, seek joy every day. In her final days, Barbara asked her loved ones to remember that love never dies because it always leaves an imprint on others.

Barbara grew up in Chesterbrook (now part of McLean, Virginia), in a close-knit neighborhood, where the families were relatives or friends for generations. She maintained these early connections despite the many miles that they spanned in adulthood. She graduated from Falls Church High School in 1952 and from the University of Virginia school of nursing in 1955.

She met Fred K. Little in the summer of 1952 when she was working in the secretarial pool at Fort Belvoir, where Fred was stationed while serving in the Army Corps of Engineers. They married on April 30, 1955, and spent the next 65 years loving (and occasionally annoying) each other. Barbara always said that one of the greatest gifts in marrying Fred was getting to be part of his wonderful family.

Barbara and Fred were blessed with four children, each born in a different city in North Carolina or Virginia as the young couple moved around to further Fred's engineering career. Barbara loved to work, and she loved her profession, and she usually had at least a part-time job wherever they lived. While an intensive care nurse in Martinsville, Virginia, she contracted tuberculosis, from which she recovered.

While in Martinsville, in addition to working, Barbara returned to school and earned an associate's degree in education in 1974. She continued her education when the family moved to northern Virginia, receiving her bachelor of science in nursing from George Mason University in 1976. She worked as a public health nurse in Fairfax County.

Lifelong learning and continual growth were important to Barbara, and she practiced those ideals herself - taking college and community education classes into her 80s, ranging from nursing topics to technology to genealogy. She also encouraged and supported her children, grandchildren and others as they tried new things, wanting us all to discover and develop our passions.

In 1979, the family moved to Cloquet, where Barbara and Fred found home. Barbara began working as a school nurse in Duluth in 1980, which she later described as the most fulfilling job of her career. She especially treasured her final years of working with special needs children and their families. She was honored as the Minnesota School Nurse of the Year in 1994 and was the runner-up for National School Nurse in 1995.

In 1995, Barbara was part of an exchange program that took her on a lengthy tour of China, focused on sharing practices among nurses who provided health care in schools. After her retirement from school nursing in 1997, Barbara continued to care for others as a parish nurse - first for the Presbyterian Church of Cloquet, and later for Asbury United Methodist Church in Duluth. Barbara cared for hundreds of patients and students during her decades of nursing, and she valued the loving friendships she made with her fellow nurses, students, and families.

Outside of work, Barbara loved to quilt, garden, travel, play bridge, and give back to her community. She was active in the Philanthropic Educational Organization and she valued the work of the organization and her PEO sisters tremendously. She was also active as a volunteer for Haiti Outreach, a nonprofit that collaborates on development, primarily focused in rural Haiti, in building sustainable access to clean water and sanitation. It includes the active inclusion of local women in the planning, design, and ongoing management of the critical infrastructure. Barbara traveled to Haiti numerous times to volunteer.

She was also an active member of Asbury United Methodist Church, where she co-led a team focused on keeping the church vital in today's world, and also volunteered for outreach work, provided meals at homeless shelters in the Twin Ports, assisted with summer day camp, helped out flooding communities in North Dakota, and much more.

And of course, her children and grandchildren, many of whom lived at a distance, were sources of tremendous joy and pride (and sometimes worry) for Barbara. While she adopted social media and learned to text (so that she could engage with her grandchildren in the way they communicated, she said), she loved old-fashioned correspondence, and never failed to respond to those who wrote to her. She provided mountains of support, empathy, guidance, and love to her children, grandchildren, nieces and nephews and anyone else who reached out to her. 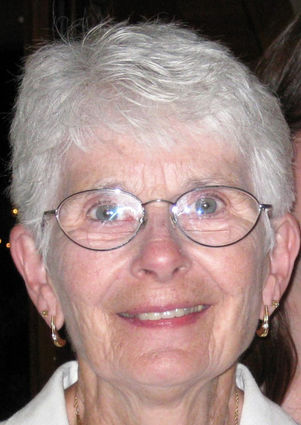 She was preceded in death by her parents; her brother Etienne L. Cloud Jr.; and her beloved cousin Joan Griggs.

Her family extends heartfelt thanks to Dr. Daniel Nikcevich and the oncology team at Essentia, and St. Luke's home health care and hospice teams, who made her last few months at home comfortable.

In lieu of flowers, Barbara and the family request that you instead make memorial gifts to Haiti Outreach, at haitioutreach.org or at 8441 Wayzata Blvd., Suite 118, Golden Valley MN 55426.

Private family services will be held. Nelson Funeral Care of Cloquet is assisting the family with arrangements.