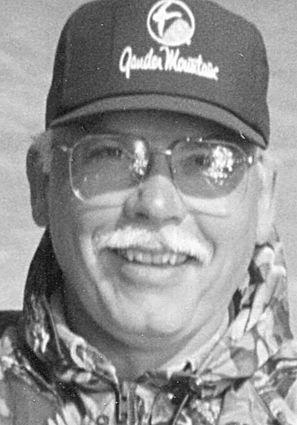 Dave was a 1968 graduate of Falls High School in International Falls. He then went on to graduate from Staples Vocational Technical School as a machinist in 1970.

Dave enlisted in the U.S. Navy in 1971, serving aboard the aircraft carrier USS Enterprise. He was very proud to serve his country and to be a veteran. While serving in the Navy, he met and made several lifelong friendships, to include special friends Dennis Mallicoat and Norman Graham.

Dave married Carol Jeneen Sanford on June 14, 1975, in Sunnyvale, California. After his military discharge, they moved to International Falls, where their two children, Eric and Sara, were born. Dave worked for Boise Cascade. He enjoyed being a member of the Gun Powder Club, and he and Carol enjoyed league bowling with their friends. Upon his return to the Falls, Dave continued his love for the outdoors, especially hunting and fishing.

In 1987, Dave took a job with Lake Superior Paper Industries in Duluth, relocating his family to Cloquet. Dave worked at the paper mill for 25 years until his retirement in 2012. Dave’s love of aviation led him to take flying lessons, which he so enjoyed. He also enjoyed attending his children’s sporting events.

In February 2014, Dave and Carol went down to Mesa, Arizona to try out the “snowbird” lifestyle, which they enjoyed, returning the next four years and purchasing their own property in 2018.

Dave was preceded in death by his parents; infant daughter; brothers Ross and Scott; and father-in-law, Robart Sanford.

The family would like to thank Dave’s physician of many years, Dr. Rogers, and the Atkins-Northland Funeral Home and Cremation Services for their kindness and care of Dave.

Visitation: 10 a.m. until the 11 a.m. memorial service Saturday, June 20 in Atkins-Northland Funeral Home, 801 14th St., Cloquet. Due to the current pandemic, masks and social distancing will be required while in the building. Seating will be limited to 50 percent of occupancy levels. If parked in the funeral home parking lot, you may tune into 98.3 FM for the service.

Letters and cards of condolence may be sent to the family care of Atkins-Northland Funeral Home. To sign the guest book and offer an online tribute, see http://www.atkinsnorthlandfuneralhome.com.