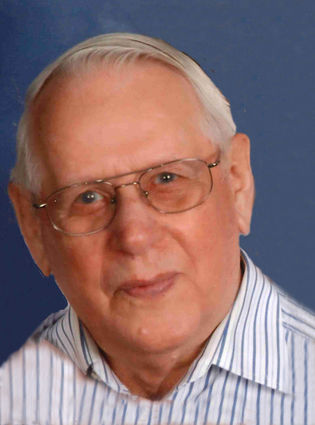 Edward Albert Janke, 90, of Cloquet died Aug. 3, 2020, at New Perspective Senior Living with his family by his side.

He was born on March 24, 1930 to Albert and Grace (Roesler) Janke in Becker County. Ed married Lillian Marjamaa on June 7, 1952. He worked at Diamond Match from 1951 to 1966, and was a self-employed truck driver, primarily hauling milk for dairy farms until his retirement in 1995. Ed was a U.S. Army veteran of the Korean War, serving from 1952 to 1954. He was a member of Our Redeemer Lutheran Church, serving as the secretary in the 1950s and as an elder of the church for many years. Ed also served as vice president of AAL Branch 3292 for 29 years and was a member of the Cloquet Combined Honor Guard and the American Legion Carl Anderson Post 262.

In Ed's memory, donations may be made to the American Cancer Society or Our Redeemer Lutheran Church.

Arrangements are with Nelson Funeral Care. To view the online guestbook, visit http://www.nelsonfuneralcare.net.