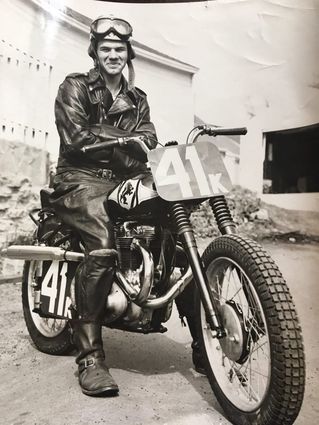 Gordon was born Dec. 14, 1931 to Noble and Katherine MacVey. He was raised in St. Paul. During the summer, the MacVey family would travel to the family farm in Blackhoof Township in Carlton County. Gordon always enjoyed farming activities with his father, especially hay season, even during the time of horse and wagon. It inspired him to obtain his bachelor’s degree in agriculture at the St. Paul campus of the University of Minnesota. After college, he began a career as a soil scientist for the USDA.

He entered active military service during the Korean War. He hoped he would deploy to Germany because he loved to travel. Instead, he served stateside at a nuclear deterrence unit, where he spent time traveling between bases, and fell in love with racing motorcycles in dirt track oval events. After being honorably discharged, Gordon moved to Albuquerque, New Mexico where he promoted motorcycle racing and served as managing partner at the Albuquerque Light Opera Workshop. During a rehearsal, he met the love of his life, Dona Kiekhaefer (Clausen), whom he wholly treasured. He was drawn to her beautiful soprano voice and golden curls. They were married March 5, 1961 by the Rev. Walter Clausen, Dona’s father. They then moved to the family farm in Barnum. Under their management and through a lot of hard work, the farm became one of the largest dairies in Carlton County. He later expanded the farming operation into vegetable farming. He was a pioneer in the field of organic farming of vegetables.

Children always played a part in Gordon and Dona’s life. Dona had two children, Richard and Deb, when she met Gordon. Together, Gordon and Dona were blessed with two children, Lyle and Kathryn. Throughout the years on the farm, Gordon and Dona also provided foster parent services to numerous children including Vince and Gwen Martineau and Mary Diesen among others. Gordon’s children revered and loved him for his kindness, caring nature, strong work ethic and playful sense of humor.

Gordon and Dona didn’t spend all their days on the farm. They loved to dance, play cards and travel to international destinations. After retiring from the farm, Gordon pursued other business interests in the Barnum and Duluth communities. Gordon enjoyed the fruits of his family, enjoying life’s myriad of celebrations. He had a lifelong love of musical theatre and enjoyed performances at the Duluth Playhouse. In his later years, beyond business and family, Gordon found friendship with Wilma Thunstrom, with whom he enjoyed a variety of activities.

He will be missed by all, and lives on within our fondest memories. 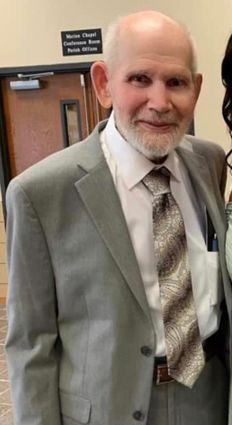 The family wishes to thank Elim Lutheran Church in Barnum, and the many staff and care providers who so diligently and tenderly cared for him at Edgewood Healthcare and CaringEdge home health and hospice in Hermantown, for all being part of his life.

Services were entrusted to Affordable Cremation and Burial in Duluth,218-491-7011. On September 26 at 11 a.m., Gordon will be interred at the private family cemetery located on Paradise Road in Barnum on the former family farm. A small marker will be placed for remembrance. Friends and neighbors are welcome to attend the informal outdoor remembrance.