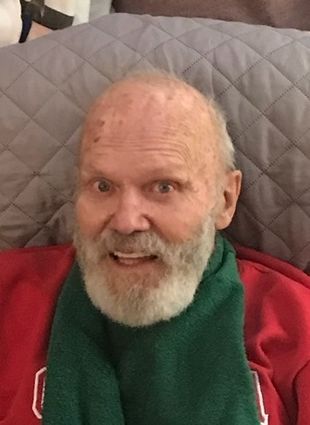 He was born Aug. 25, 1938, in the country near Bertha to Wayne and Nora (Lynch) Doble, the eldest of eight boys. The family moved to Esko in 1956 and Roland graduated from Esko High School in 1957. He married the love of his life, Mary Nieminen, on Jan. 6, 1958. He worked at Wood Conversion for nine years and then went to work in an auto parts store, which he later came to own for 10 years. After selling, he worked for two other owners until he was disabled by Parkinson's.

He enjoyed his Harley and especially his Arctic Cat snowmobile and his Suzuki four-wheeler, which transported him to "the shack" in Canada for almost 20 years. He traveled around the world, often spending time with grandchildren before settling the camper at Big Lake campground. Then he moved to the country where he enjoyed his last six years.

Roland was preceded in death by his parents; brothers Leonard, Bernard and Gordon Doble; and a beloved grandson, Ryan Anderson.

To sign the guestbook and leave an online tribute, visit http://www.atkinsnorthlandfuneralhome.com.